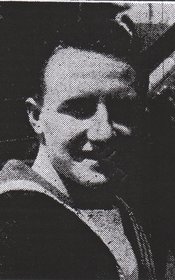 Notification has been received from the Admiralty to the effect that Seaman-Gunner Frederick Norman Angove, the second son of Mr. and Mrs. Archie Angove of Moorgate, Advent, Camelford is “missing believed killed.” Twenty one years of age, Norman joined the Navy in November 1938. Mr. and Mrs. Angove’s eldest son is serving in the D.C.L.I. 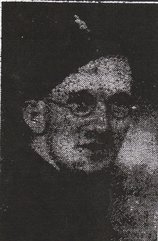 News has been received by Mr. and Mrs. John Baker of Trevia, Camelford, that their eldest son, Driver William John Baker, R.A.S.C., died of wounds in November 1943 whilst serving with the Central Mediterranean Force. Thirty years of age, deceased, born at Trevia, joined the Forces early in the war and had not been home for three years. Prior to the outbreak of war he was employed by a firm of Government contractors in Camelford and Penzance and was well known in both these towns. Greatest sympathy is felt for the parents on their bereavement, also with his fiancée and other members of his family. Mr. and Mrs. Baker have another son, Jim, who is also serving his country in France. 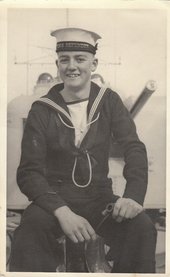 
Son of George and Amy Bickle of Camelford.

Off the Welsh coast on the night of Saturday, April 24th, many brave and gallant men lost their lives in what has become known as the tragedy of the barges.

Included in that number was Leading Motor Mechanic John Henry Bickle, elder surviving son of Mr. and Mrs. G. Bickle of Lane End, Camelford. On Thursday week Mr.and Mrs. Bickle received the sad news that this brave and gallant lad was amongst the number of those who had been lost in the tragedy.

Volunteering for service in November 1941, Jack as he was affectionately known, joined the Navy as a stoker and later passed out as a leading motor mechanic. He was only twenty years of age.

We have no details on Mr A Blake, though there is some indication that he served in the Royal Navy.

Please contact us by using the Contact tab at the top of the page if you have any information. Thank You 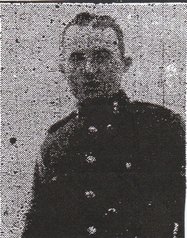 Sergeant Thomas John French aged 26, the eldest son of Mr. and Mrs. T. French, of Lane End, Camelford, has died of wounds received whilst on active service in the Far East. In 1931 at the early age of 15, he enlisted in the Royal Artillery as a trumpeter. Showing signs of great promise, he soon won his 3rd and 2nd class certificates and in 1933 was drafted to Egypt where he served for six years and four months. Whilst in Egypt and in is 17th year he won his first class certificate. Returning to England in 1939 he was promoted to sergeant. Last year he went to the Far East where he died on the 3rd of February. Much sympathy is felt with his parents and the other members of his family in their loss. Three Camelford lads representative of the Navy, Army and Air Force have now made the Supreme Sacrifice for their country. 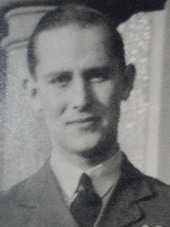 Flying Officer Ian Haydon, a promising Camelfordian, 23 years of age, is reported to have been killed whilst returning from an action against the enemy in Flanders in June. Shortly before his last flight he was spoken to by H.M. The King, who especially congratulated him on the excellence of his work with the R.A.F. At first posted as “missing” confirmation of his death has now been received.

The eldest son of Dr. W. Eric Haydon (the Medical Officer of Health for Camelford district) and Mrs Haydon of Garmoe Camelford. Flight Officer Haydon received his early education at Sir James Smith’s Grammar School, Brackley Northants, where he won a prefectship and gained his rugger colours in 1933. During 1934 he became head prefect and captained the school. He was held in such high esteem that his headmaster (Mr. A.H. Bishop) on his leaving school, selected him as his private secretary.

In 1936 he commenced training for a commission in the R.A.F. which he obtained in the following year. After holding the rank of acting pilot-officer and then to flying-officer. At the time of his death he was due to be promoted to the rank of flight-lieutenant. He had a very satisfactory record with the R.A.F. and was greatly respected by all with whom he worked. Since the outbreak of war he had many fine pieces of work to his credit.

Flying Officer Haydon was married in November 1938, to Miss Beryl Gunst only daughter of Mr. and Mrs. Gunst of Canonbury, London. 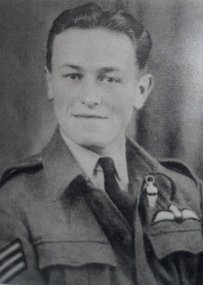 Sincere regret was felt in Camelford and the neighbourhood on Friday when it became known that a popular Camelford boy, Flight-Sergeant Douglas Gordon Patten, R.A.F. was killed when a Dakota of the R.A.F. Transport Command crashed on landing at El Adem, Libya, early on Wednesday morning 14th November, whilst on a flight from Cairo to Naples. Six people travelling in the plane were killed and twelve injured.

Flight-Sergeant Patten is the second son of Major A.W. Patten, of Roughter Farm, Camelford and the late Mrs Patten. Twenty three years of age, he was born in Edinburgh and when an infant came with his parents to Camelford. He received his education at the Camelford Grammar School.

Before joining the Royal Air Force in 1942 he assisted his father on the farm which Major Patten reclaimed from virgin moorland. Douglas went to South Africa for his training and won his wings in that country. He had seen service in Palestine, India, Ceylon, Burma and in Egypt, where he covered much the same ground as his father during the 1914-1918 war. The sympathy of a large circle of friends is extended to Major Patten and his family in their bereavement.

During the recent war Major Patten commanded the Camelford Platoon of the Home Guard. He has devoted a great deal of time in the public service, being very popular as a preacher and lecturer. The late Mrs Patten also gave freely of her services to the public. For some years she was president of the Camelford Women’s Institute and was also interested in child welfare. Another son, Jack, has recently been invalided from the R.A.F. and is now receiving instruction at the Seale-Hayne Agricultural College in North Devon.
The above three pictures courtesy of Cameron Valentine and Jennifer Rowe 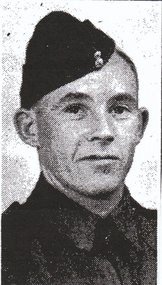 
Son of William and Mary Catherine Pearn of Camelford.

A Camelford boy, before the war he had four years with the Territorials. He was a playing member of the Camelford Football Club and was a member of the Constitutional Club billiards team. Keenly interested in music, he played in the Camelford Town Band and at the time of his death was a member of the D.C.L.I. band. A few days ago before his death, which was unexpected, his parents received a letter from him stating he was looking forward to coming home on leave. Through the intervention of the Soldiers, Sailors, and Airmen’s Families Association, of which Rev F.C. Wilson is the divisional secretary, he was brought home for burial, a fact much appreciated by his family. 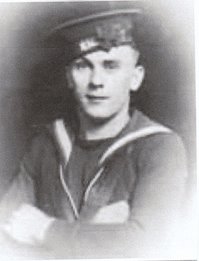 
Son of Bertram and Agnes Smith of Borehamwood Herts.


Harold Smith, from Borehamwood, served on the HMS Edinburgh as it carried out one such voyage in 1942, carrying 4.5 tons of Russian gold through the Barents Sea to Britain.

The gold was Russia's payment to the US for war materials, but German air surveillance had noted HMS Edinburgh's departure, and on April 30 1942, a U-boat fired two torpedoes at the ship, killing more than 57 crew members and wrecking the ship's steering gear.

Mr Smith survived, and was transferred to the HMS Niger, but on May 2, the Royal Navy sank HMS Edinburgh, to stop the Germans from taking the gold, most of which was recovered in 1981.

But Mr Smith's new ship, the HMS Niger, was destroyed by a mine on July 6, and he died at the age of 24. July 1942 was one of the darkest months of the war a total of 93 allied cargo boats were sunk around the world. His brother, Walter Smith, from Thornbury Gardens, Borehamwood, also served in the Royal Navy during the Second World War, and served on the battleship HMS King George V. 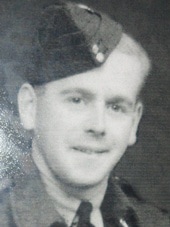 In July last year Flight-Sergeant Stephens was reported missing, and a day or two ago his mother received the information that he was killed whilst on an operational flight with a Lancaster Pathfinder Force. Flight-Sergeant Stephens who had been recommended for a commission, had taken part in many operational flights over Germany and enemy occupied countries. He was a popular student at the Camelford Grammar School and was loved and respected by all who knew him, and sympathy is expressed with the widowed mother and fiancée in their bereavement. In his boyhood days he was a valued member of the Camelford and Boscastle of the Boys Brigade.

Please get in touch with us if you can supply any more information on the Servicemen above. There is a "Contact" tab at the top of the page