Camaret-sur-Mer is a small town and commune 48 kilometres north-west of Quimper, about 15 kilometres south-west of Brest. The town is on the local road which later becomes the national road to Chateaulin. The communal cemetery is on the eastern outskirts of the town, on the road to Crozon. Behind the Memorial and the Calvary on the main central path, in the Military Plot, are the graves of two airmen of the Royal Air Force and an airman of the Royal Australian Air Force. One of the former is not identified. 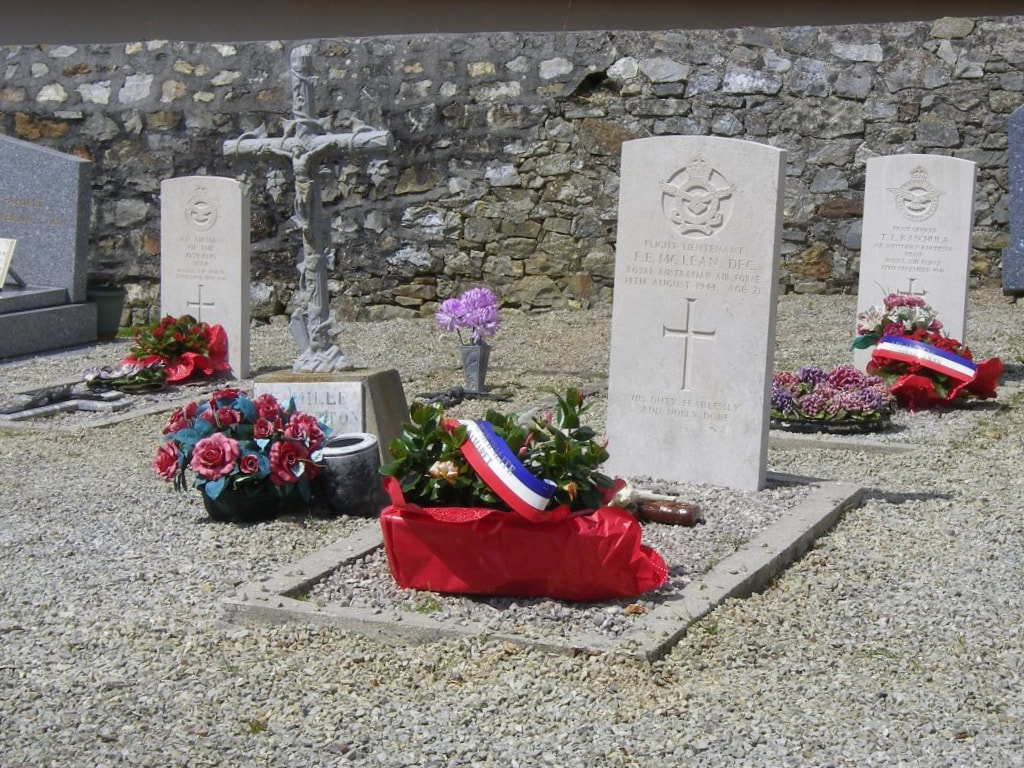