Bussy-le-Château is a village 18 kilometres north-east of Chalons-sur-Marne, which is on the main railway lines from Paris. The church lies on the eastern side of the village. The Commonwealth graves are close to the northern boundary of the churchyard. 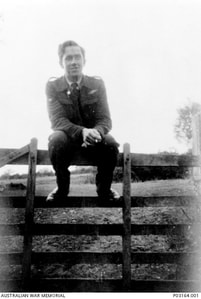 INSCRIPTION. WE WILL ALWAYS REMEMBER. REQUIESCAT IN PACE.

Probably Ghedburgh, England. 1943. Informal portrait of 410498 Flight Sergeant (Flt Sgt) Augustine Michael (Gus) Kearney, No. 622 Squadron RAAF, sitting on a fence. Flt Sgt Kearney was killed whilst on operations over France on 18 November 1943, aged 21. He was the son of Michael Joseph and Mary Isabella Jane Kearney of Echuca, Vic. He is buried in grave 1 of the Bussy-le-Chateau Churchyard in Marne, France. 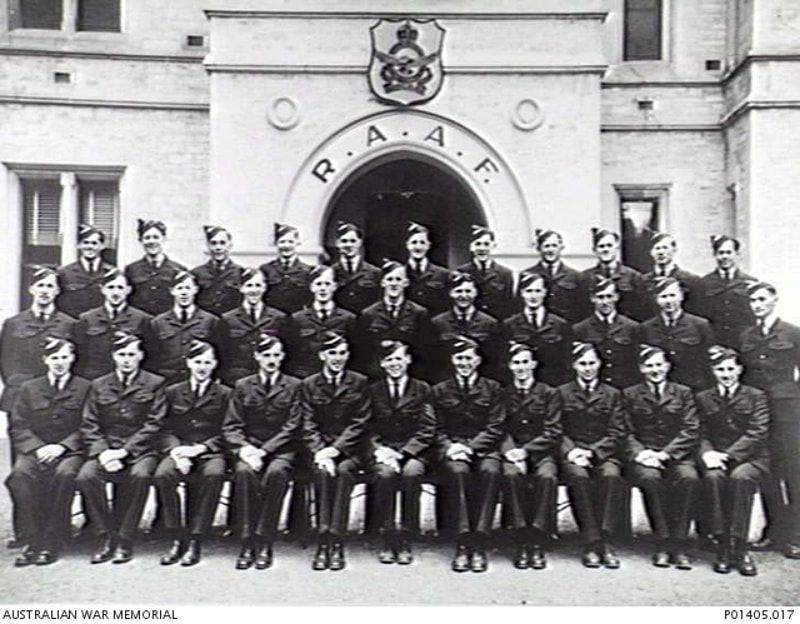 Identified in the back row, from left to right: