Brest (Kerfautras) Cemetery is in the suburb of St Martin which is approximately 2 kilometres north-east of the centre of Brest.

The main cemetery entrance is in Rue Massillon, off Rue Jules Ferry, which is a turning off the main road, Rue Jean Jaures. The Commonwealth war graves are located in the French Military Plot on the west side of the cemetery.

During the 1914-18 War, Brest was United States Naval Headquarters in France, and the main port of debarkation from United States transports.

During the 1939-45 War it was the disembarkation port for the stores and vehicles of the first British Expeditionary Force, and temporary maintenance depots were formed there until an Advanced Base was established near Le Havre. In 1940, after the German entry into Paris on 14th June, the first contingent of the Canadian forces, which had only just reached France, were re-embarked from Brest, as were the last of the United Kingdom forces remaining in France - our Line of Communication troops and material. A Fighter Squadron of the Royal Air Force Component operated from Brest to give close protection to the port during re-embarkation. 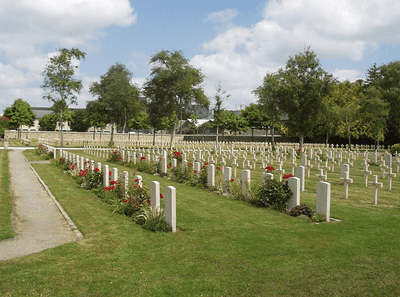 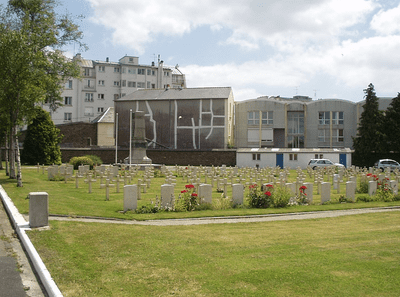 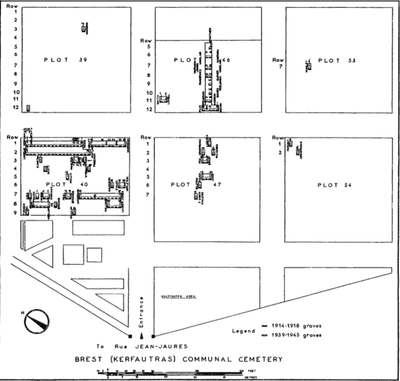 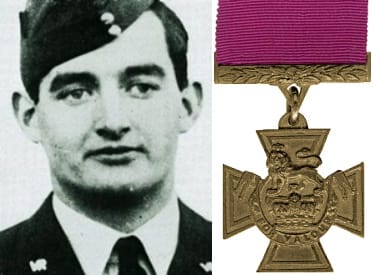 
Citation: The following details are given in "The London Gazette," of 13th March, 1942: Flying Officer Kenneth Campbell was the pilot of a Beaufort aircraft detailed to attack an enemy battle cruiser in Brest Harbour at first light on the morning of the 6th April, 1941. The ship was in a position protected by a stone mole bending round it, and rising ground behind on which stood batteries of guns. Other batteries clustered thickly round the two arms of land which encircled the outer harbour, while three heavily armed anti-aircraft ships moored nearby guarded the cruiser. Even if an aircraft penetrated these formidable defences it would be almost impossible, after attacking at low level, to avoid crashing into the rising ground beyond. Knowing all this, Flying Officer Campbell ran the gauntlet of the defences and launched a torpedo at point-blank range, severely damaging the battle cruiser below water-line, so that she was obliged to return to the dock whence she had come only the day before. By pressing home the attack at close quarters in the face of withering fire, on a course fraught with extreme peril, this officer displayed valour of the highest order.
​