Bourguignon-Sous-Coucy is a village and commune 23 kilometres north-west of Soissons and 12 kilometres south-west of Chauny, a town on the Soissons-Arras road (N. 37). The churchyard is south-east of the village in a local road leading to the village of Besme. Near the southern wall of the churchyard, about 10 yards south of the stone crucifix in the centre, are the graves of seven airmen. 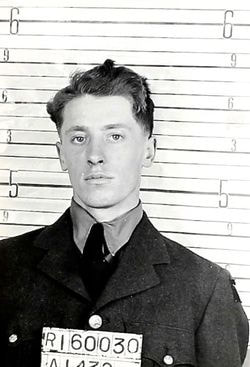 His headstone bears the inscription Dearly Beloved Son Of Peter & Annie Freeman, Ont., Canada. "He Gave His All"