Bellencombre is a village 30 kilometres south-south-east of Dieppe, 5 kilometres north-west of St. Saens. Take the Dieppe-St. Saens road (N.15) as far as Torcy-le-Petit, and then on the D.154 road from Torcy-le-Petit to St. Saens. South of the village, some 50 yards from the church, is a road leading left from the Bellencombre-Rouen road (D.151). Up this road, about 500 yards from the church, is the communal cemetery. Some 35 yards east of the main entrance, and 15 yards north-east of the southern boundary hedge, are the three British graves.

910760 Warrant Officer Arthur John Richardson, Wireless Operator/Air Gunner in 44 Squadron, Royal Air Force Volunteer Reserve, died 25th June 1944, aged 22. Son of Arthur and Sarah Ethel Richardson, of Epping, Essex. His headstone bears the inscription "In Memory Of John, Who Gave His Life For Us All. Gone But Not Forgotten"

1624840 Sergeant Robert Hawley Sargent, Air Gunner in 44 Squadron, Royal Air Force Volunteer Reserve, died 25th June 1944, aged 19. Son of Robert Wilson Sargent, and of Winifred Sargent, of Highfield, Southampton. His headstone bears the inscription "Greater Love Than This No Man Hath, That A Man Lay Down His Life For His Friends" 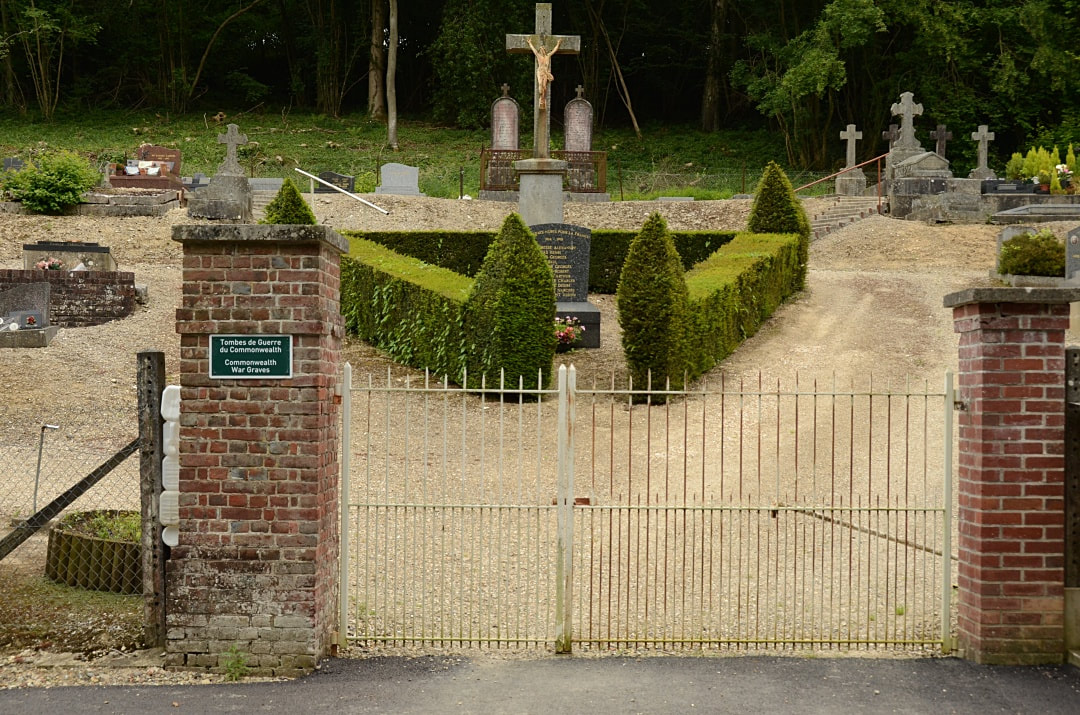 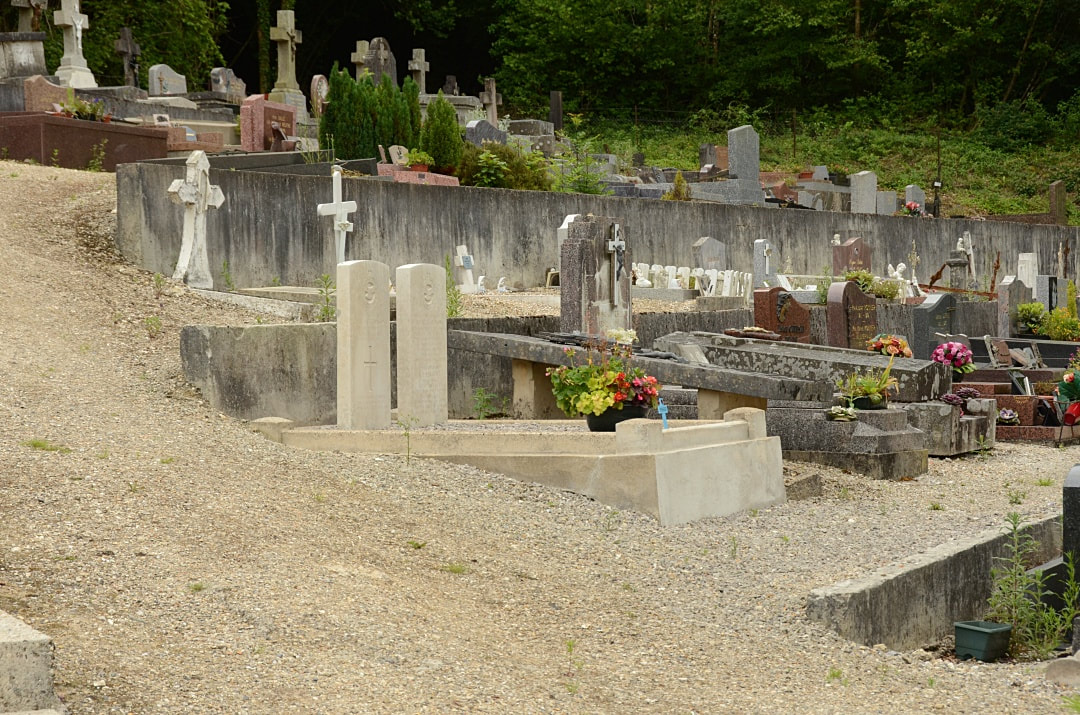 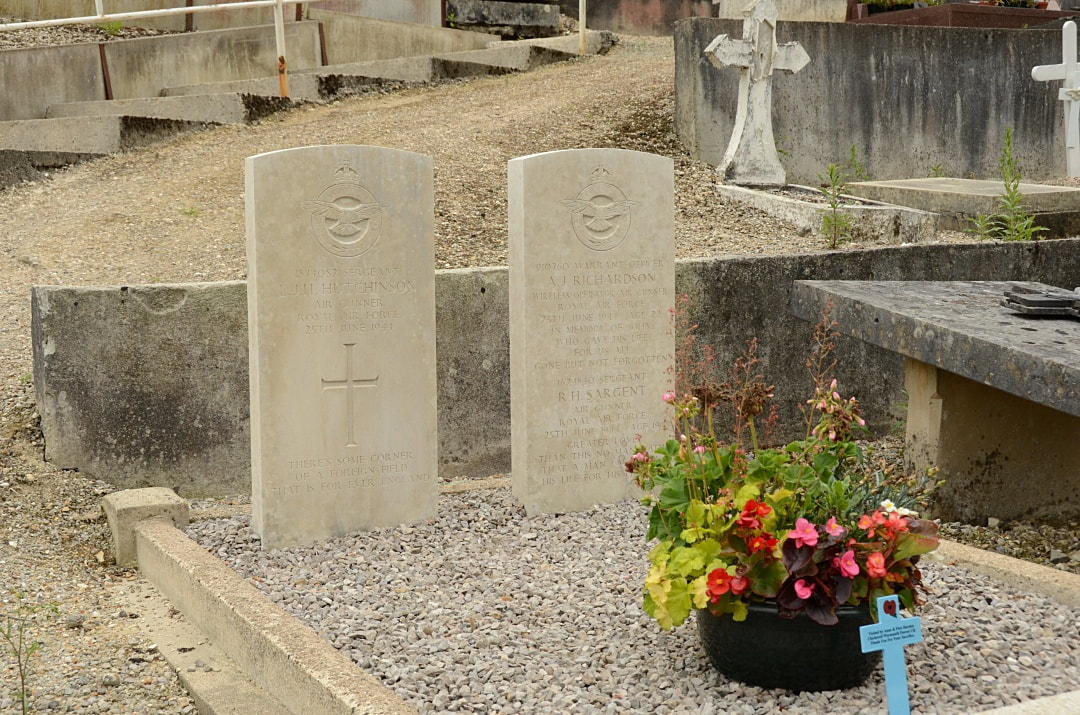 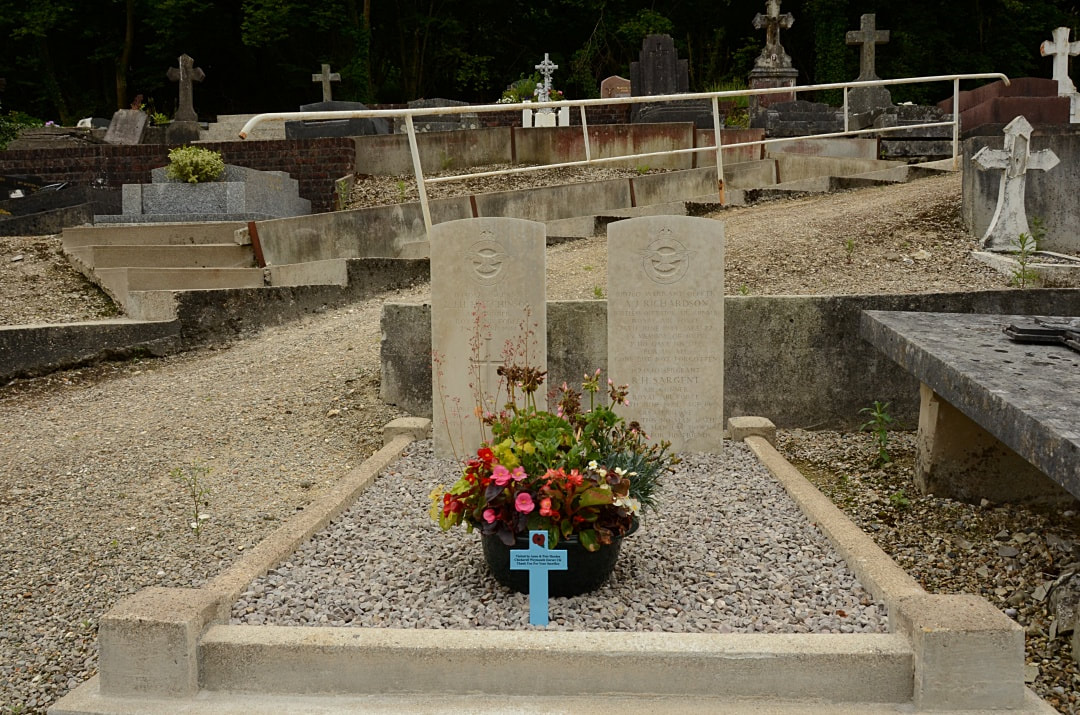 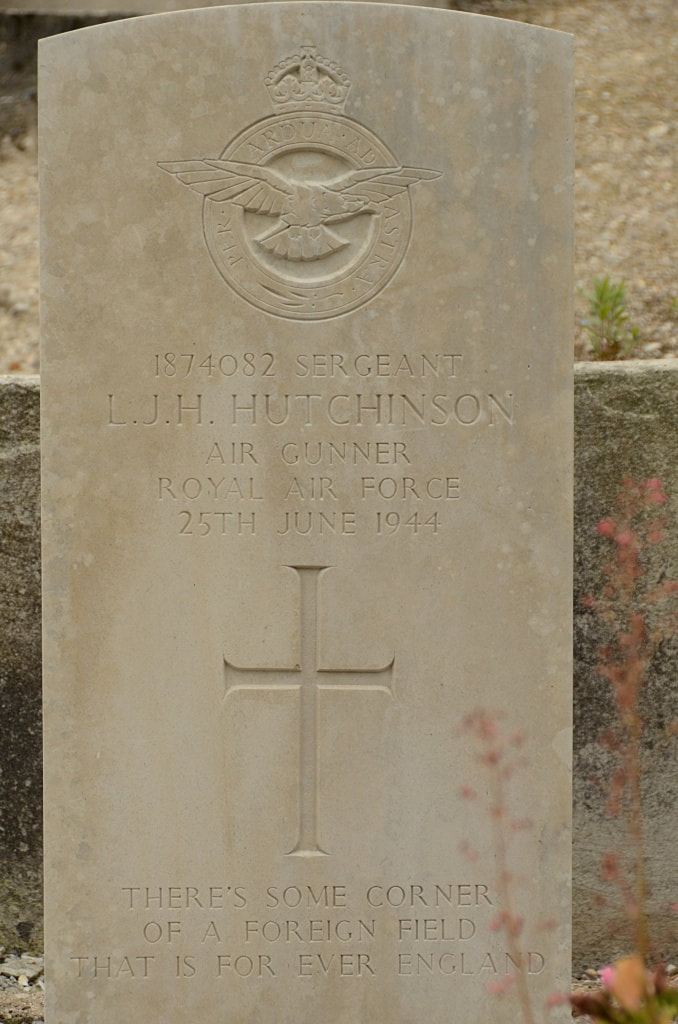 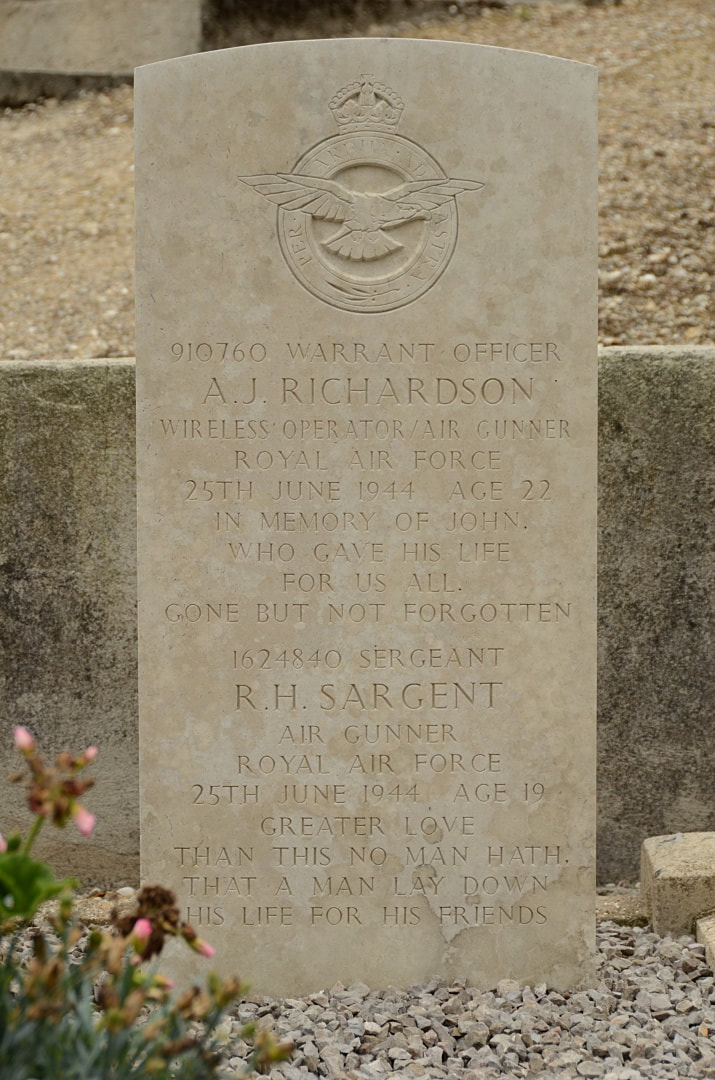