Beauchery is a village 56 kilometres east-north-east of Melun, and 10 kilometres north-east of Provins. The communal cemetery lies on the north-east side of the village on a road leading to the neighbouring village of Villiers St. Georges. The war graves will be found near the east wall of the cemetery.

There are 14 casualties of the 1939-45 War commemorated on 8 headstones in this site. These are airmen of the Royal Air Force Volunteer Reserve, Royal Australian Air Force and Royal Canadian Air Force. They all died on the 4th May 1944 during the raid on Mailly-le-Camp. 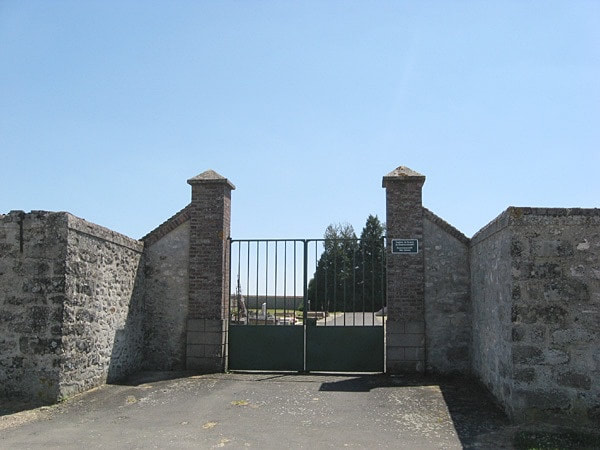