Auneuil is a village and commune 7.5 miles (12 kilometres) south-west of Beauvais on the Beauvais-Gisors (N.181) road.

The communal cemetery, which lies on the south-west side of the village, contains the graves of 7 soldiers of the British army.

14274113 Lance Corporal Gordon Turner Dart, 13th/18th Royal Hussars, Royal Armoured Corps, aged 20. Son of Samuel James Dart and Chrissie Dart, of Coldridge, Devon. His headstone bears the inscription "Not Gone from Memory, Not Gone From Love, But Gone To His Father's Home Above"

5733873 Ronald George Littler, 2nd Royal Horse Guards, aged 22. Son of John George Littler, and of May Littler, of Acocks Green, Birmingham. His headstone bears the inscription "He Answered His Country's Call. Now He Is Resting Where No Shadows Fall" 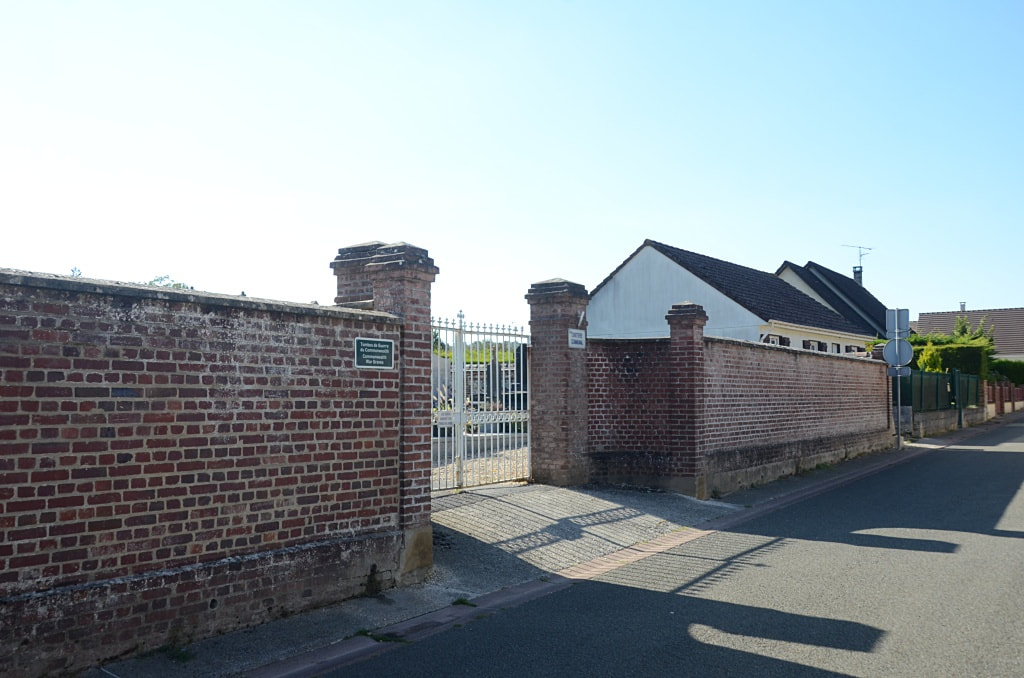 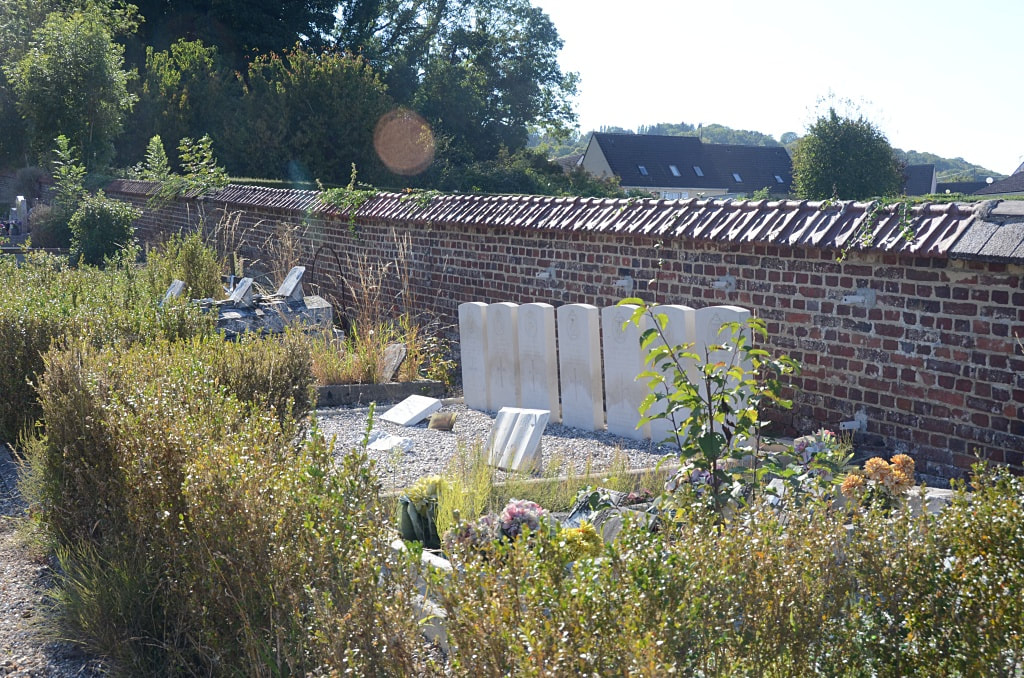 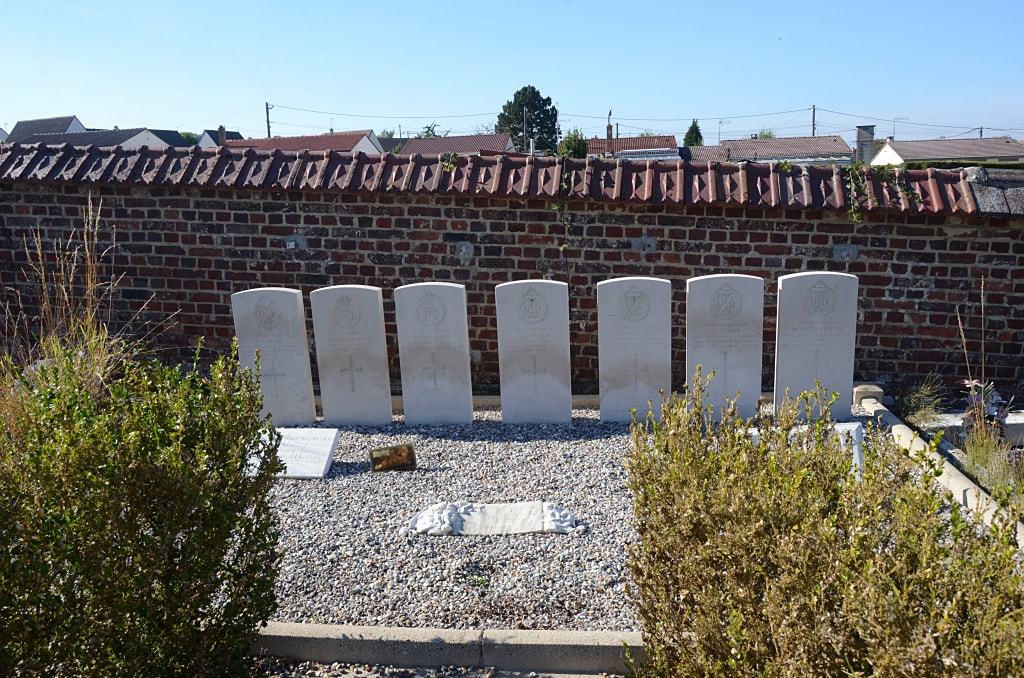 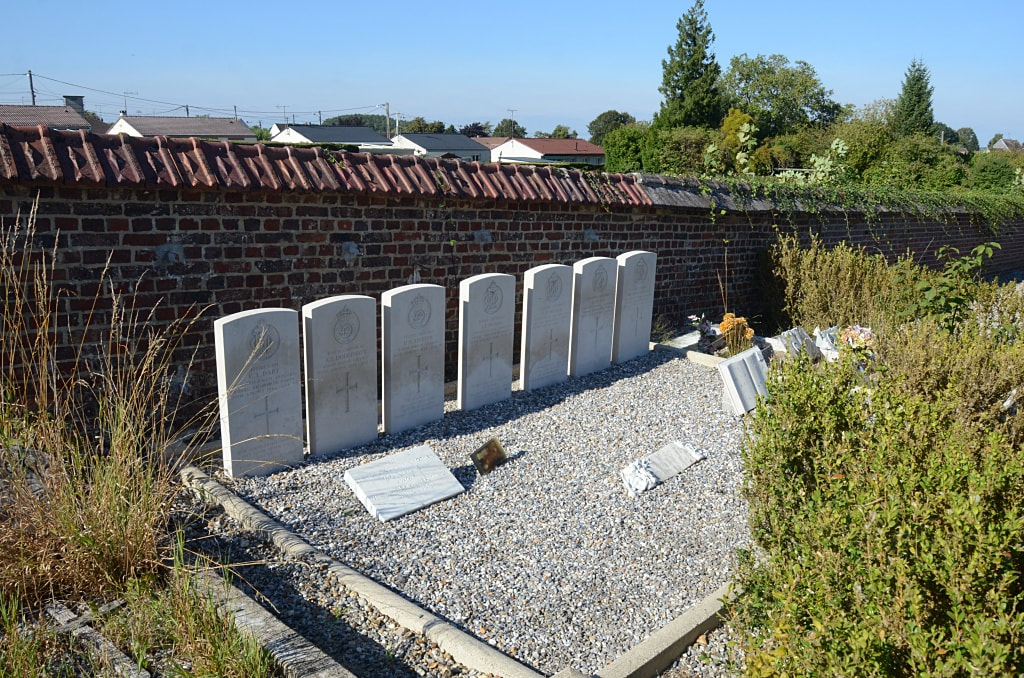 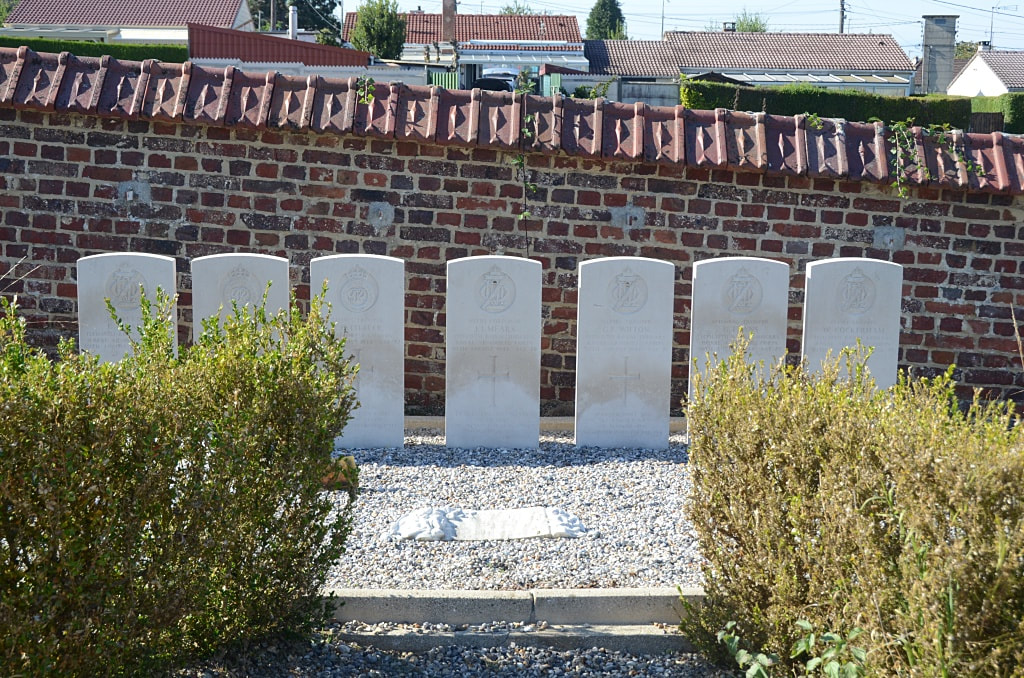 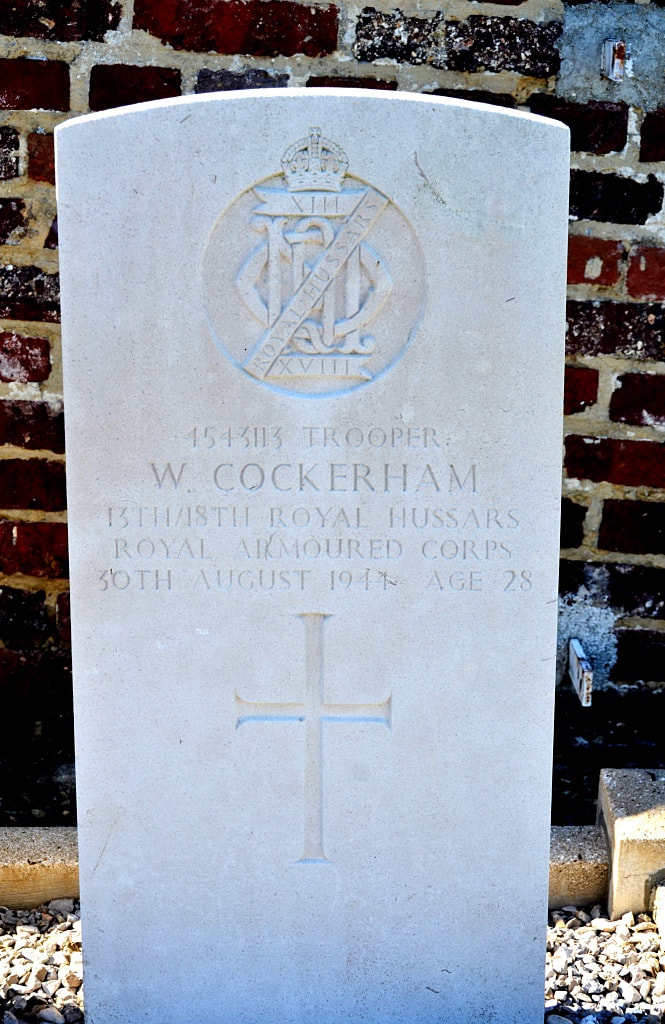 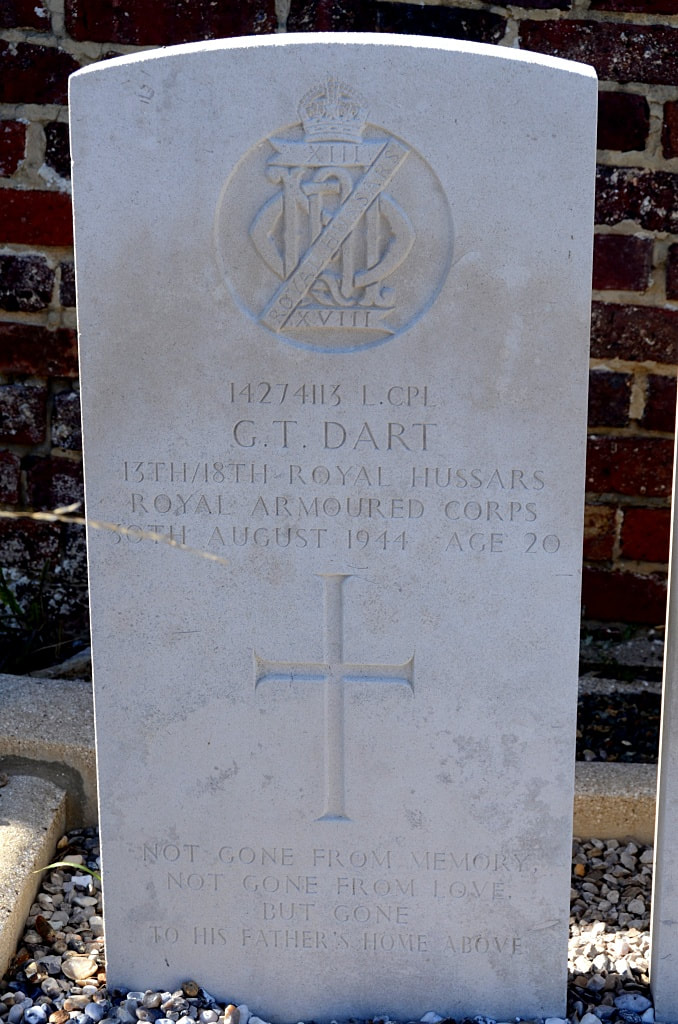 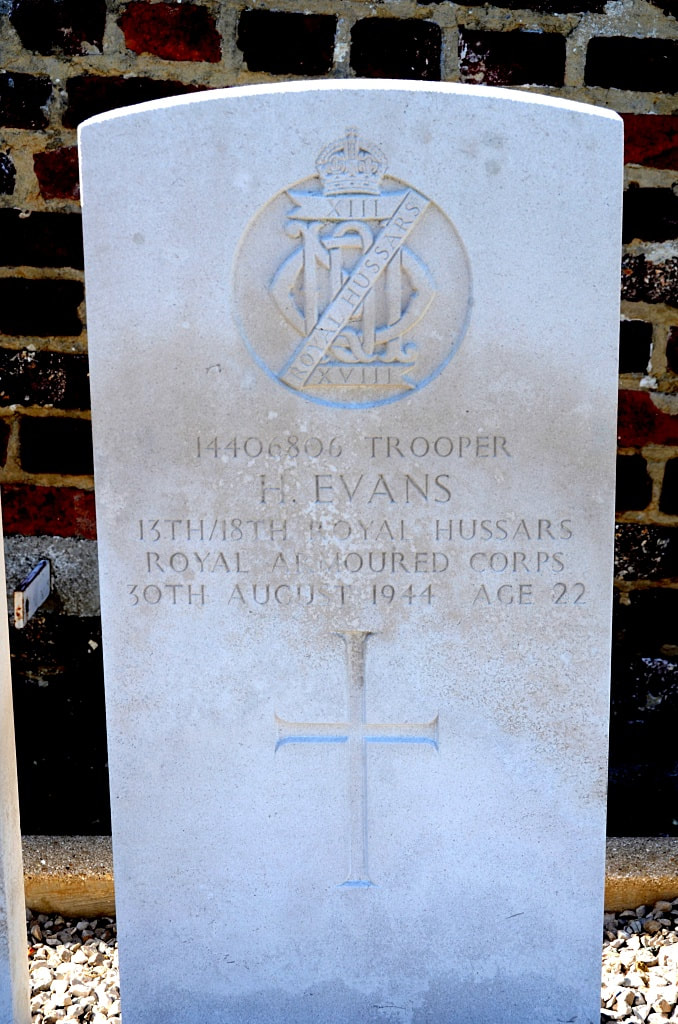 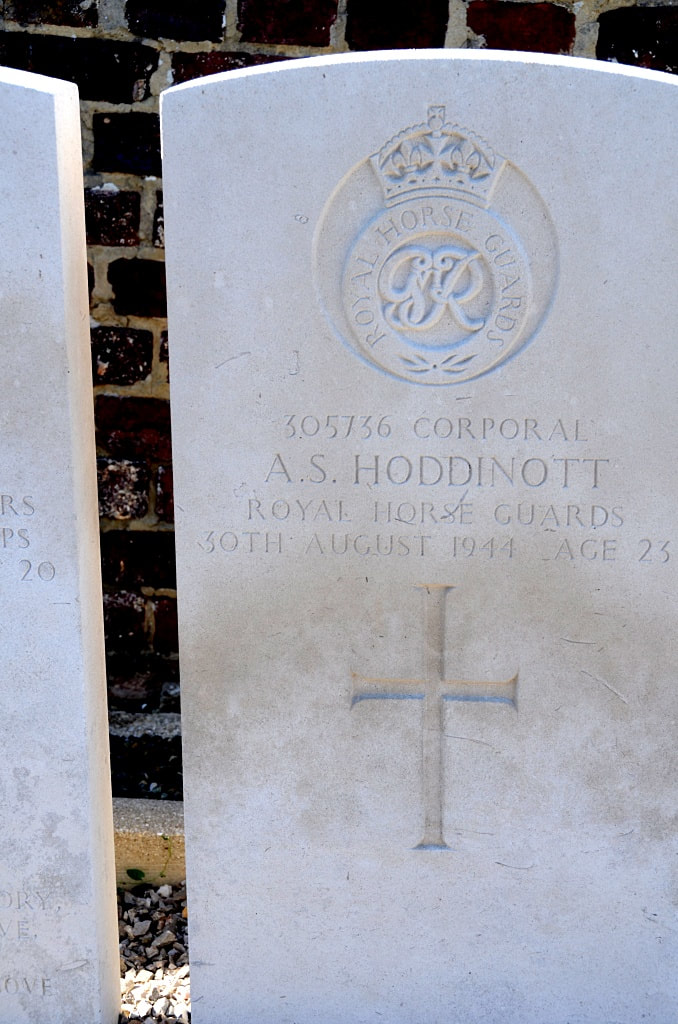 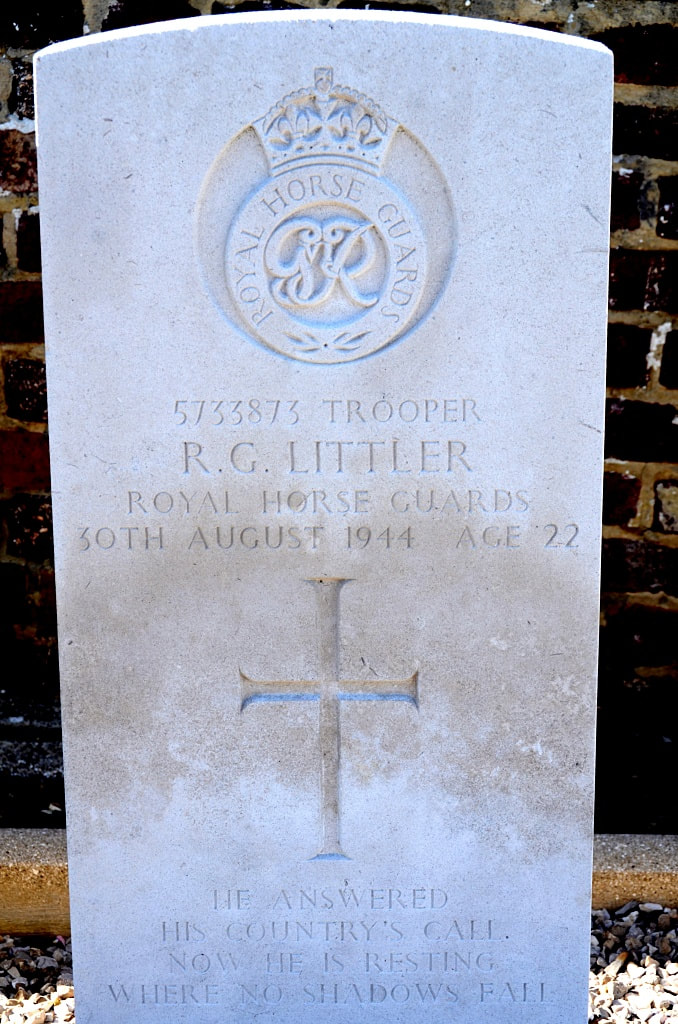 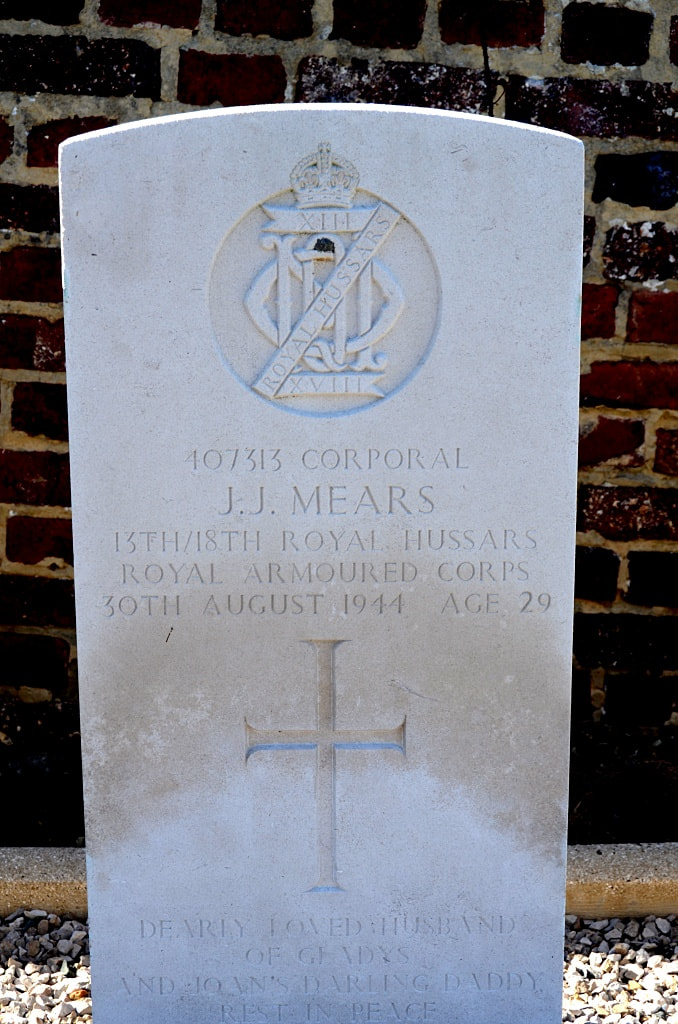 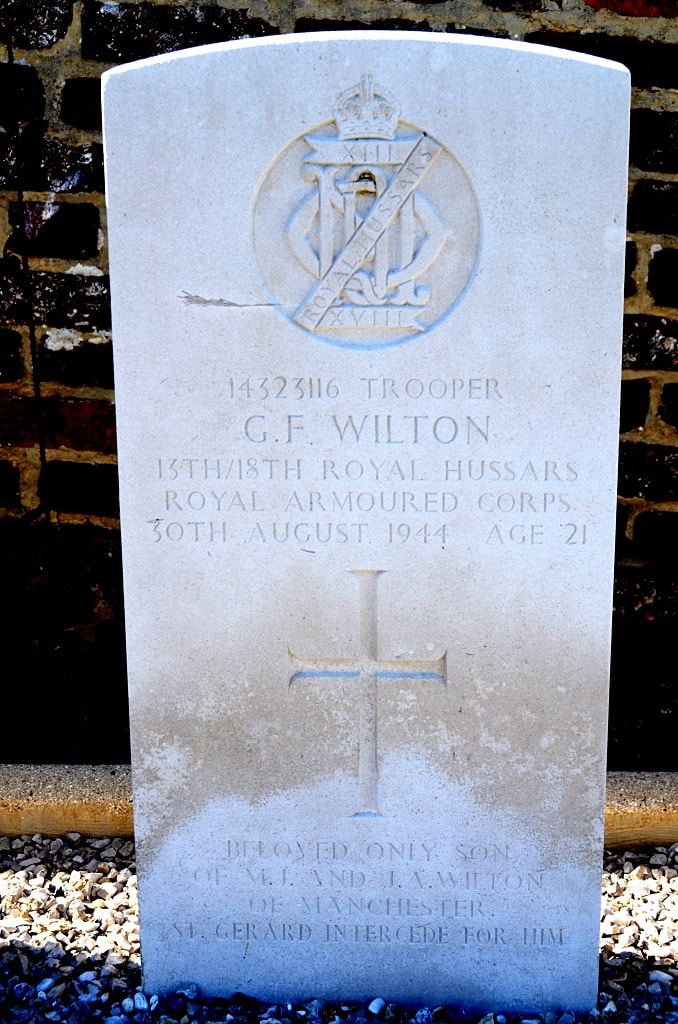 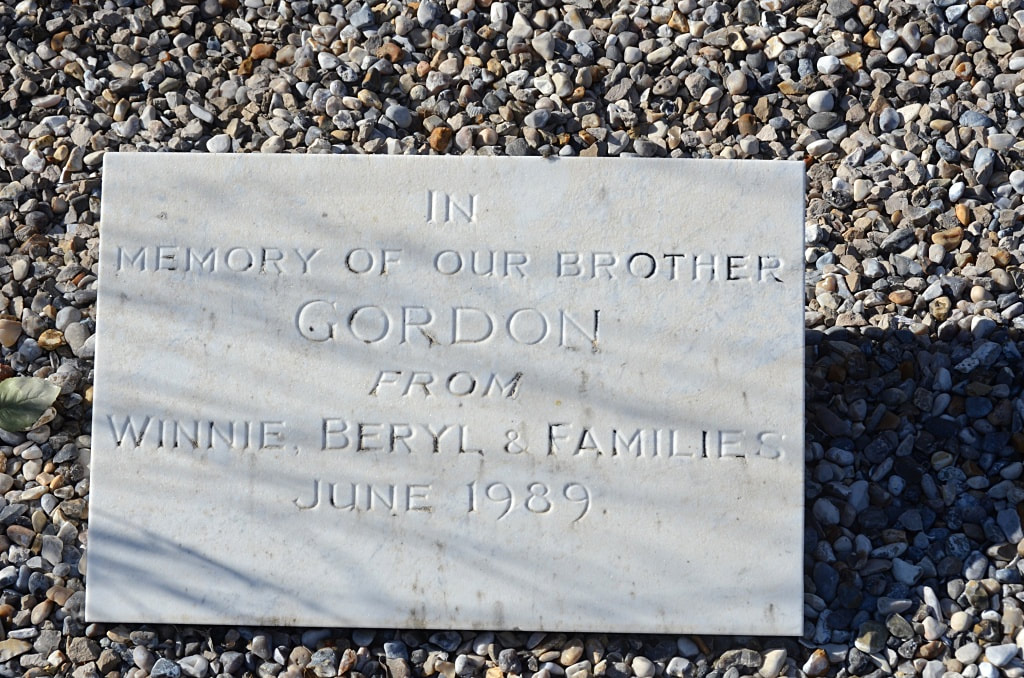 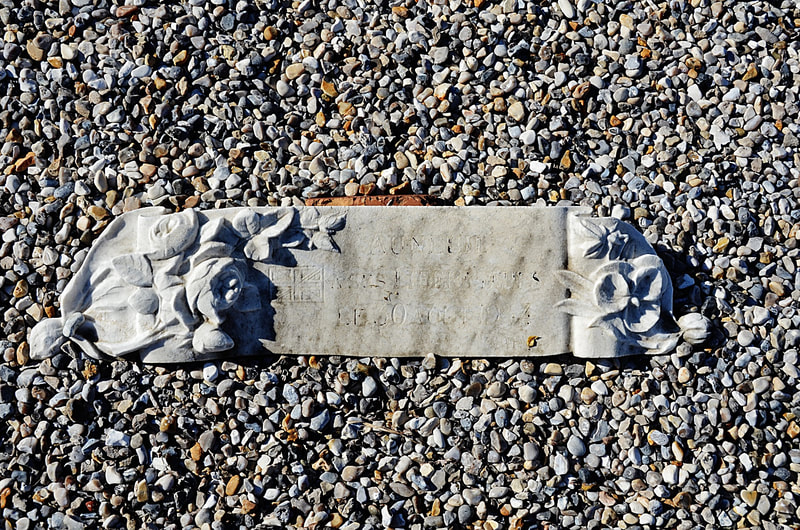 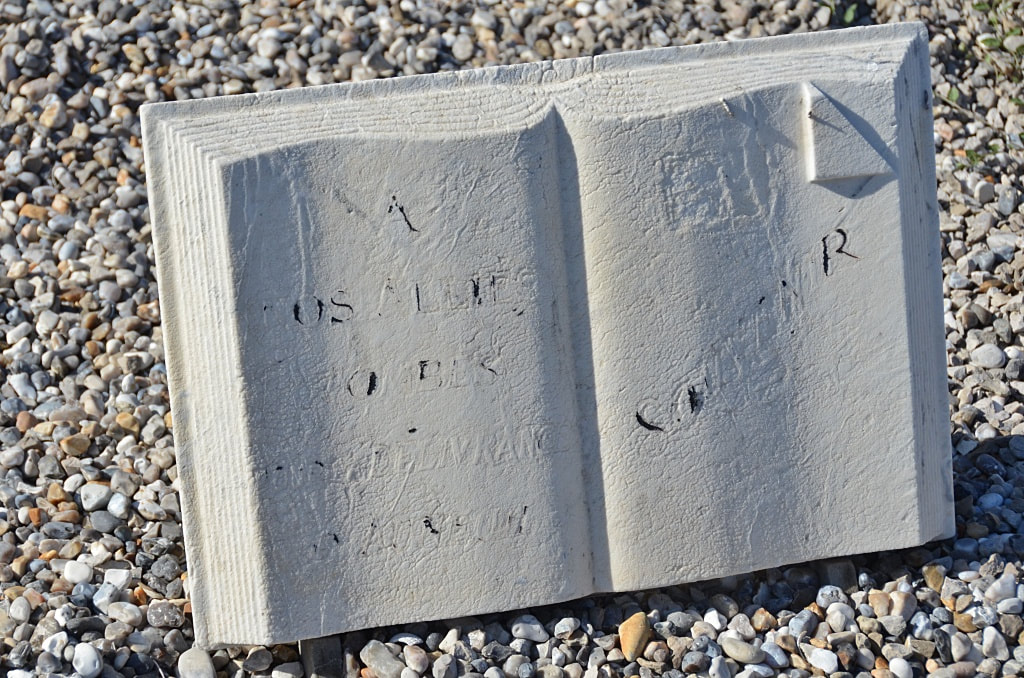