Auneau is a large village and commune in the department of the Eure et Loir about 13.5 miles (21 kilometres) east of the town of Chartres.

The cemetery is on the north-western side of the village. North of, and near, the monument in the eastern part is the collective grave of an airman of the Royal Air Force and three airmen of the Royal Canadian Air Force. 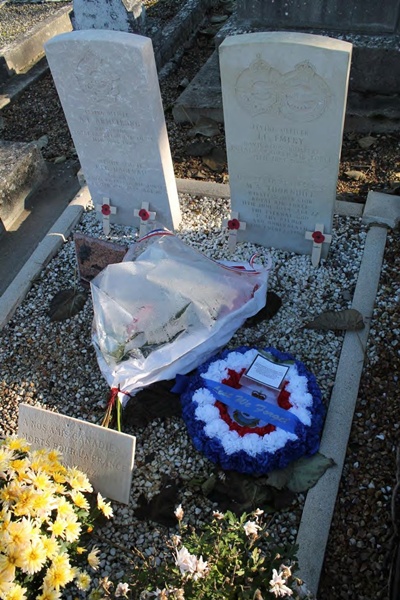