From the motorway A1, Naples-Milan, take the Arezzo exit and head towards Arezzo. Before reaching the town turn right to Ponte a Chiani and follow signposts to Indicatore. On reaching Route No. 69, after Indicatore, turn left towards Montevarchi and the cemetery can be found on the left after 1 kilometre.

The cemetery is permanently open and may be visited any time.

The Germans made a stand in front of Arezzo early in July 1944 and there was fierce fighting before the town was taken on 16 July by the 6th Armoured Division with the aid of the 2nd New Zealand Division.

The site for this cemetery was selected in November 1944, and graves were brought into it from the surrounding area. Both the 4th and the 8th Indian Divisions were involved in the fighting in this region, and Plots VII-IX in the cemetery contain Indian graves. 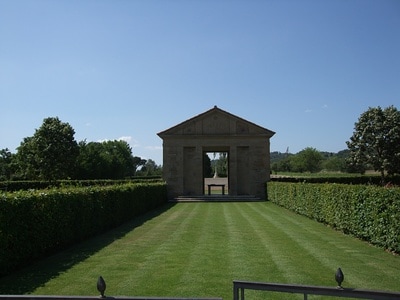 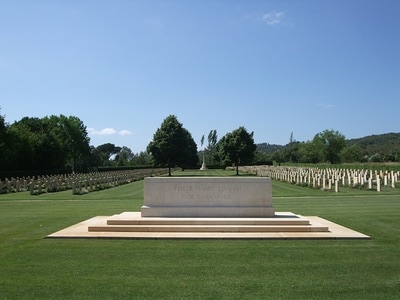 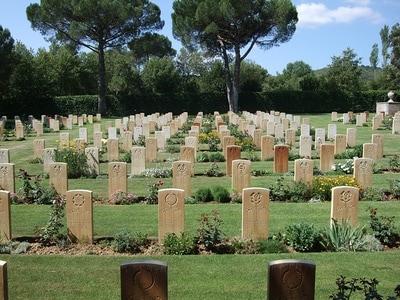 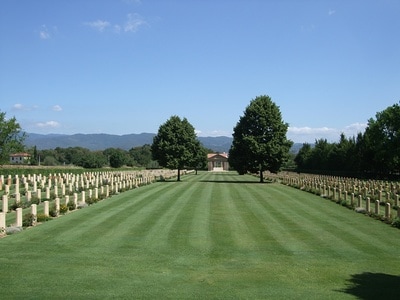 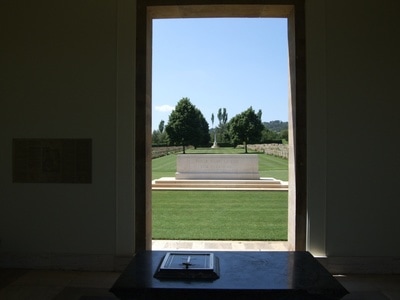 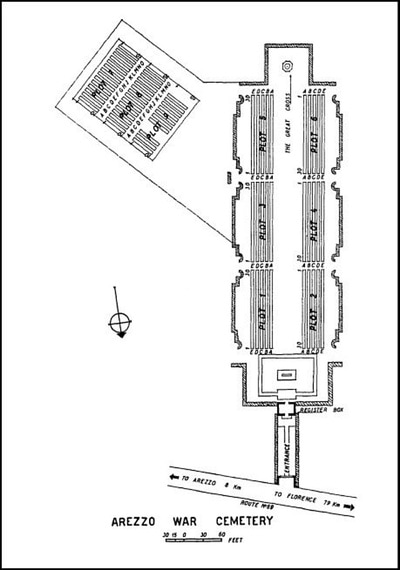