Allouagne is a village in the department of Pas-de-Calais on the D183 some 10 kilometres west of Bethune. When in the village, take the main road through the village and turn right approximately 300 metres past the church (Rue du cimetiere). The war graves will be found to the right of the cemetery entrance.

The war graves are to be found in the North-East corner, near the entrance, behind the French War Memorial Vault. 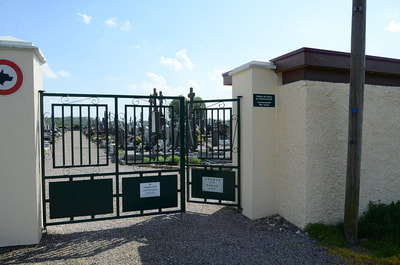 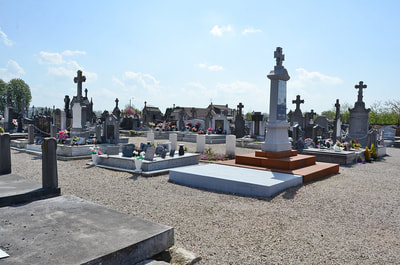 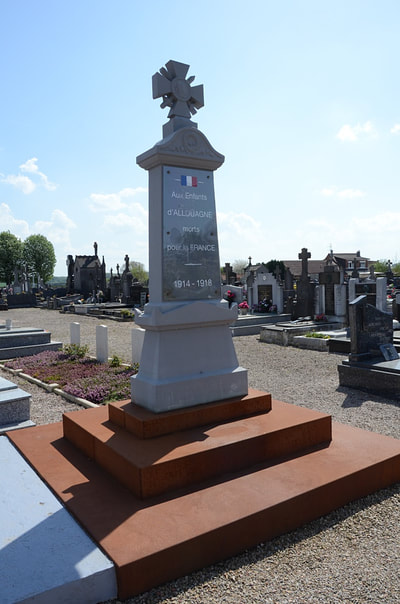 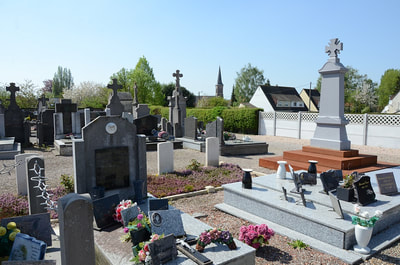 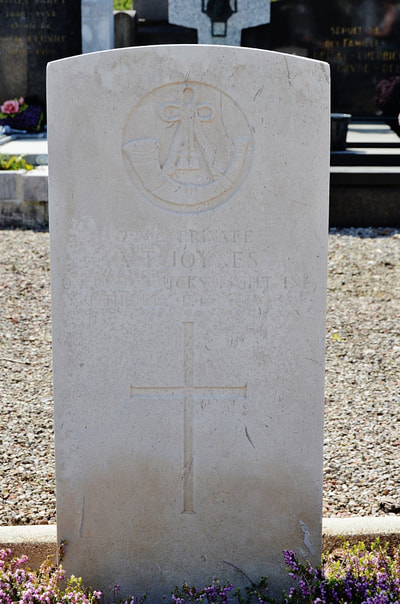 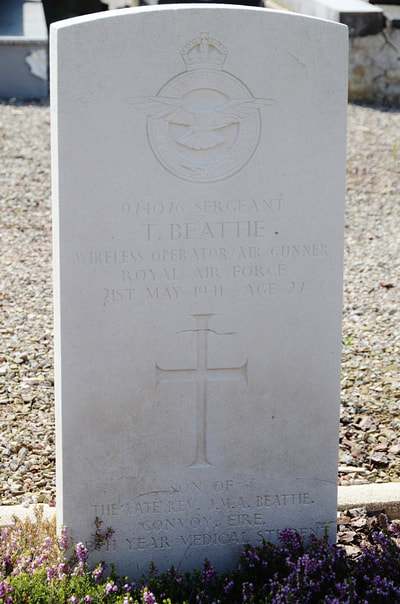 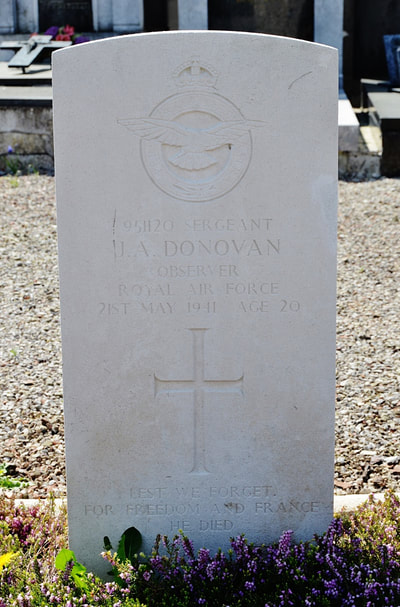 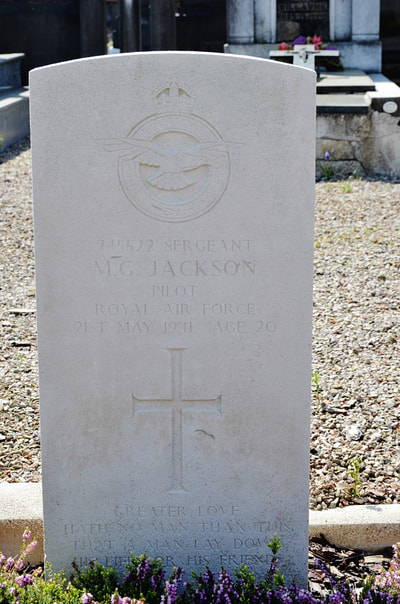