El Alia Cemetery is approximately 13 kilometres south-east of Algiers on the road to El Harrach and is situated within a large civilian cemetery.

The Commonwealth plot is approximately 400 metres from the main gate, and is reached by turning left at the end of the central avenue.

The cemetery gates are not locked so it is possible to visit at all times. The cemetery register and visitors' books are not available however, outside of the gardeners working hours which are Saturday to Wednesday 07.00-12.00 and 13.00-16.00.

Before considering a visit to Algeria the Commission strongly recommends that you check the advice given by the Foreign & Commonwealth Office on the travel section of their website:

Allied troops made a series of landings on the Algerian coast in early November 1942. From there, they swept east into Tunisia, where the North African campaign came to an end in May 1943 with the surrender of the Axis forces.

The cemetery was originally an Allied war cemetery, but was taken over as a civilian cemetery by the municipal authorities when most of the non-Commonwealth war graves were moved to other burial places.

El Alia Cemetery now contains 368 Commonwealth burials of the Second World War. Eight war graves of other nationalities remain in the Commonwealth plot and there are also 15 non-war graves, mostly of merchant seamen whose deaths were not due to war service. 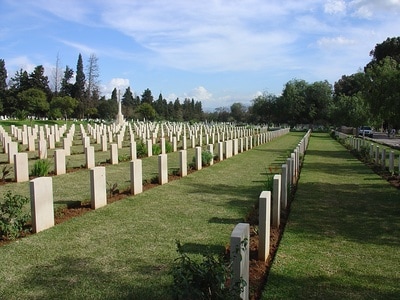 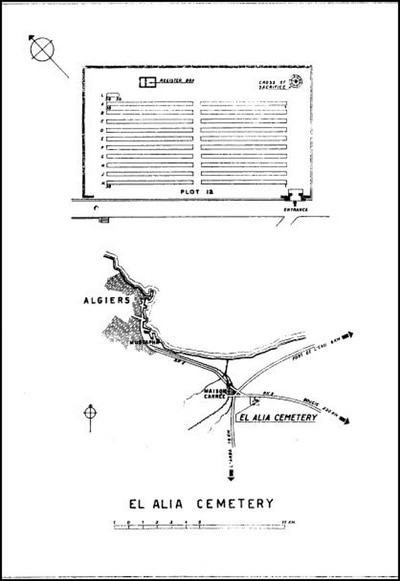