The cemetery adjoins a children's amusement and leisure park, approximately 400 metres off Route N44 between Annaba and Constantine, on the road to Saraidi. It is about 5 kilometres west of Annaba.

It is possible to visit this cemetery at all times. The staff entrance on left upper part of the Cemetery is permanently padlocked however the main cemetery gate next to road leading to Saraidi is always open.

The cemetery register and visitors' books are only available during the gardeners working hours which are Saturday to Wednesday 07.00-12.00 and 13.00-16.00.


Before considering a visit to Algeria the Commission strongly recommends that you check the advice given by the Foreign & Commonwealth Office on the travel section of their website.

Allied troops made a series of landings on the Algerian coast in early November 1942. From there, they swept east into Tunisia, where the North African campaign came to an end in May 1943 with the surrender of the Axis forces.

Bone was occupied by Allied forces on 12 November 1942 and became important as a supply port, and for its airfield. The 70th General Hospital was there during the early months of 1943.

Bone War Cemetery contains 868 Commonwealth burials of the Second World War. There are also 14 non-war burials, mostly of merchant seamen whose deaths were not due to war service. It was designed by J. Hubert Worthington. 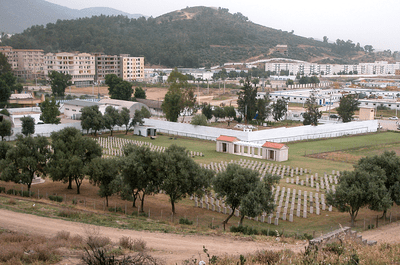 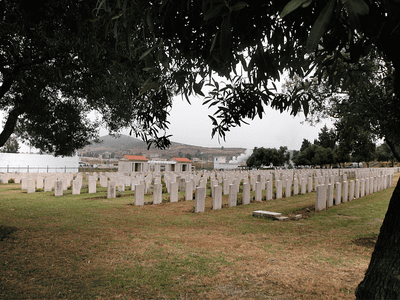 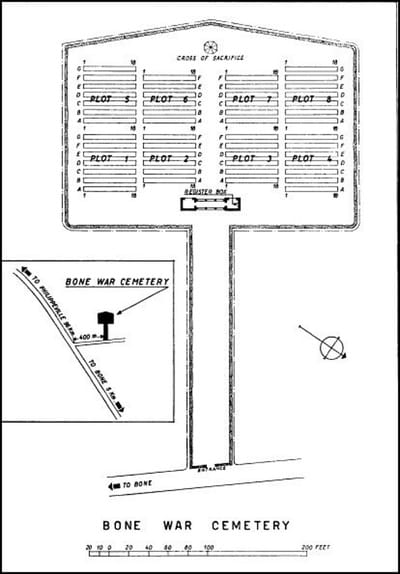 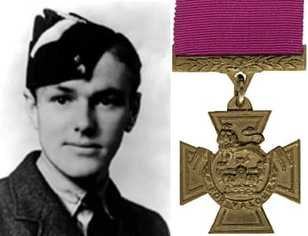 Son of Mr. and Mrs. B. Aaron, of Gledhow, Leeds, Yorkshire.


Citation: The London Gazette of 7th November, 1943, gives the following details in the citation. On the night of 12th August, 1943, Flight-Sergeant Aaron was captain and pilot of a bomber detailed to attack Turin. When approaching its target, the aircraft was hit by fire from an enemy fighter, which caused it to become unstable and difficult to control. Flight-Sergeant Aaron was wounded in the face and lung, and his right arm was rendered useless. After a rest, he made determined efforts to take control again - persuaded to desist, he wrote instructions with his left hand, and guided the bomb-aimer in the hazardous task of landing the damaged aircraft at Bone in North Africa. Nine hours after landing, he died of exhaustion. In appalling conditions he showed the greatest qualities of courage, determination and leadership, and though wounded and dying, he set an example of devotion to duty which has seldom been equalled and never surpassed.