National Service
This memorial is dedicated to the 325,811 national servicemen who were conscripted into Australian defence force between the years 1951–1972
During this time there were two distinct call up periods which saw more than 200 young Australians pay the supreme sacrifice with a further 1479 being wounded in service

Commissioned by
The Nashos League of W.A. Inc.
In conjunction with
The Cunderdin Branch of the RSL
“Lest we forget”

The National Service inscription is ‘the same’ as Brookton, but with minor, interesting set-up differences. 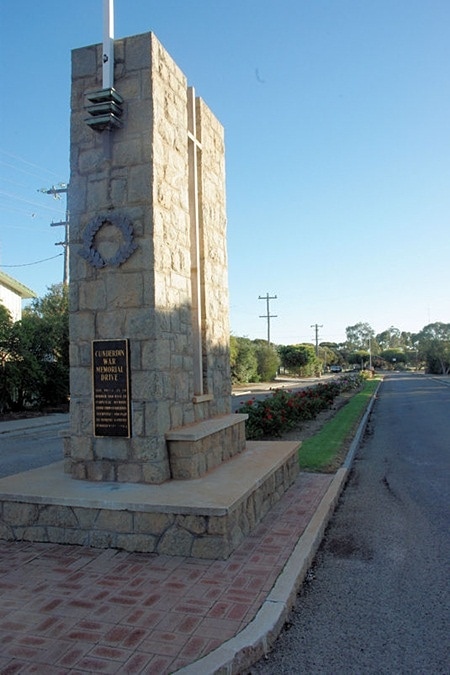