Bedford is the county town of Bedfordshire and is bisected by the River Ouse. It lies about 50 miles north-west of London, from which it is easily reached by road or rail.

The cemetery is owned by the Bedford Corporation, and is a mile-and-a-half north-west of the railway station. It contains war graves of both world wars, some in a combined 1914-1918 and 1939-1945 War graves plot and the rest widely distributed throughout the cemetery. The 1914-1918 burials number 151, of which 41 are in the plot. There are in all 70 burials of the 1939-1945 War, and this total is made up by 8 sailors, 32 soldiers, and 25 airmen belonging to the forces of the United Kingdom; 1 airman of the Royal Canadian Air Force; 1 soldier belonging to the army of undivided India and 3 Polish soldiers. Only twelve of the graves are in the plot, which is enclosed on three sides by a retaining wall, with the Cross of Sacrifice standing between two groups of graves. The continuous flower borders which run along the lines of headstones are set off by the level mown turf in which the graves lie. 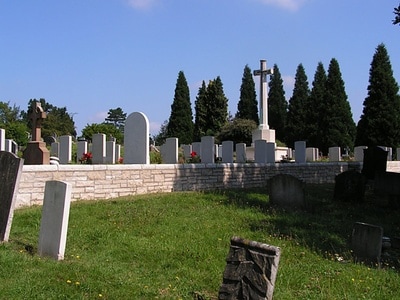 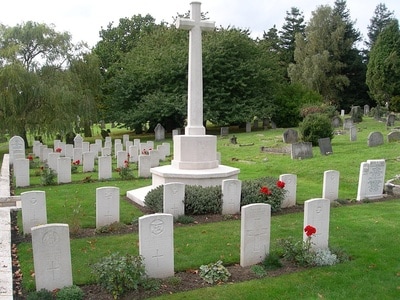 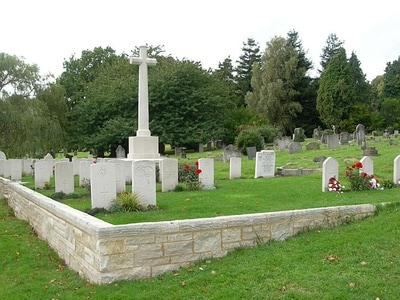 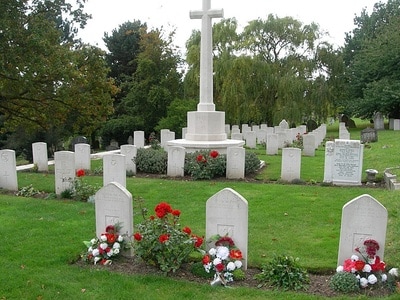