Situated within the Charters Towers Cemetery on Dalrymple Road, the war cemetery contains the graves of 16 soldiers and 17 airmen of the Australian Forces. Four soldiers are buried in the civil cemetery.

During WW2 the area around Charters Towers accommodated a number of Army and RAAF units. Army troops were trained at Sellheim, including thr 11th Infantry Brigade. After the Japanese entered the war in 1941, Sellheim became a Reinforcement Depot and troops from the Jungle Training Centre at Canungra were staged through to the Atherton Tablelands and New Guinea. It was also the site for a Supply Depot and Ammunitions Company and Army Workshop. The 116 Australian General Hospital was in Charters Towers, with a Convalescent Depot at Sellheim.

At Macrossin, a United States Air Force School trained RAAF crews on Liberator bombers. The RAAF operated a base at Bedden from 1943-1947 after the US 38th Bombardment Group moved north. 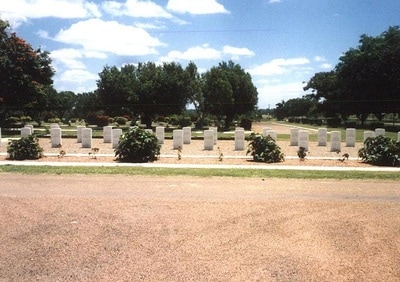 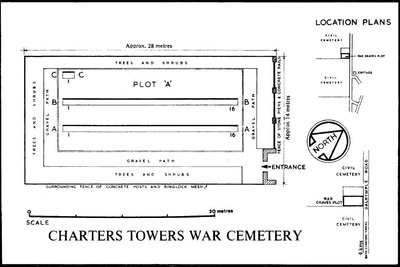 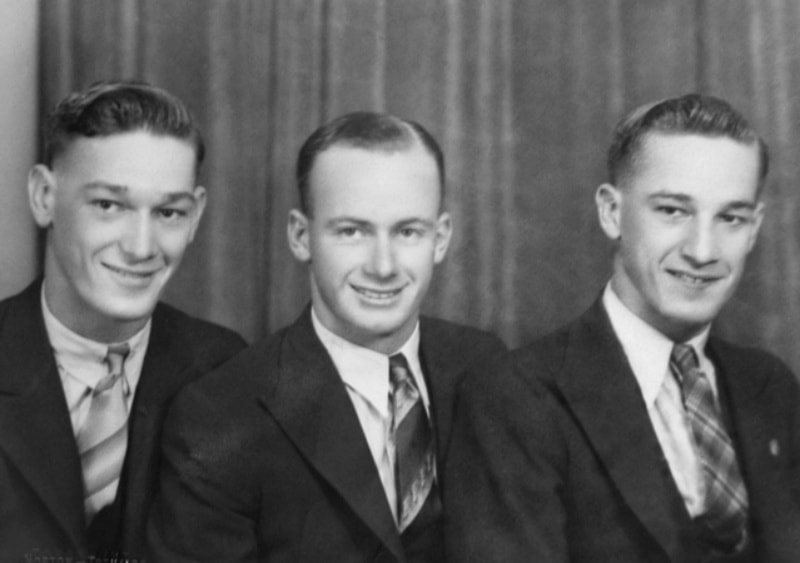 Studio portrait of the Cowlrick brothers, of Rockhampton, Qld, who served in the Second World War. Left to right: Sidney Vincent (Vince) Cowlrick; Harry 'Billy' Cowlrick; and Thomas William (Tommy) Cowlrick. 123417 Leading Aircraftman Sidney Cowlrick served in the RAAF. He enlisted in 1943 and was discharged on 24 January 1947, his final posting being 3 Embarkation Depot. QX23199 Sergeant Harry Cowlrick enlisted in the Australian Army in 1941 and served until 22 October 1945, his final posting being 2/11 Australian Army Transport Company. A fitter and turner in civilian life, QX54220 (Q114324) Craftsman Thomas Cowlrick enlisted on 7 June 1943 and served with 5 Australian Advanced Workshop Company, Australian Electrical and Mechanical Engineers. He died of illness in Australia on 30 September 1943, aged 20 and is buried in this cemetery. 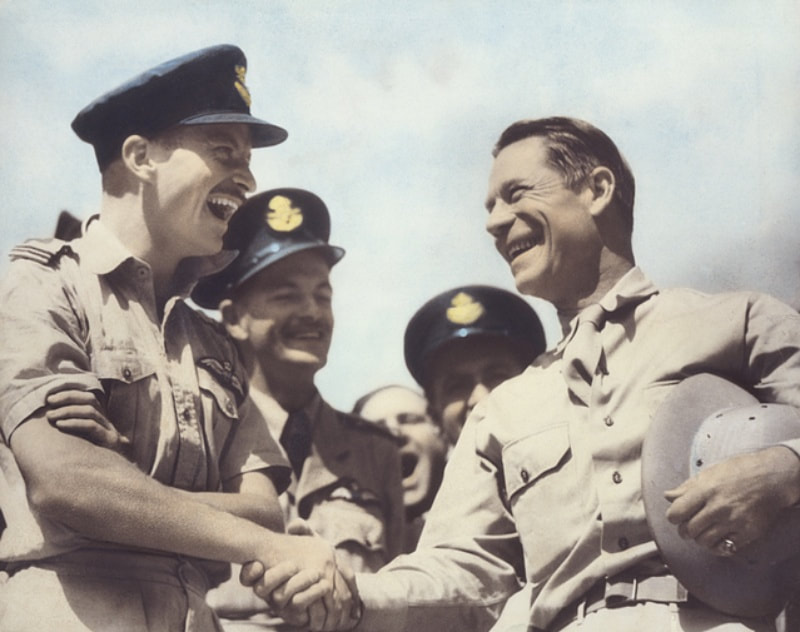 Joe E. Brown, the American screen and stage comedian, shakes the hand of 400803 Flying Officer (FO) Leonard Jack Ingham, 2nd Air Ambulance, RAAF. In March, Joe E. Brown flew into Sydney from the Pacific battle zones where he had been entertaining American troops. He was in Australia for a month continuing his tour by visiting United States troops at bases and in hospital and was flown by FO Ingham to various units in Queensland, Sydney and Melbourne. Shortly after this, on 15 April 1943, FO Ingham was killed in an accident at Charters Towers, Queensland and is buried in this cemetery.