Pihen-les-Guines is a village 10 kilometres south-south-west of Calais and about 3 kilometres east of the main road from Calais to Boulogne.

Although the entrance is through the communal cemetery it is in no way connected with that burial ground. The land on which it is situated was requisitioned from a private owner by the Germans in 1943, and was set apart for the burial of Allied servicemen.

There are now nearly 150, 1939-45 war casualties commemorated in this site. Of these, a third are unidentified and 1 sailor and 4 soldiers whose graves in this cemetery could not be precisely located, are commemorated by special memorials, inscribed "Buried near this spot". In addition a special memorial perpetuates the name of a British soldier buried at the time in Audinghen Churchyard, whose grave is now lost. The memorial is inscribed to this effect with the addition of the quotation "Their glory shall not be blotted out". 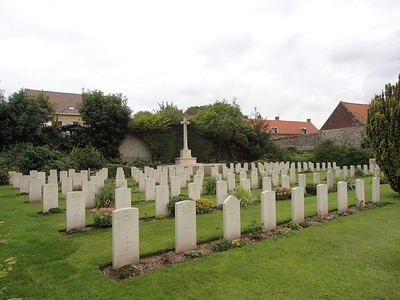 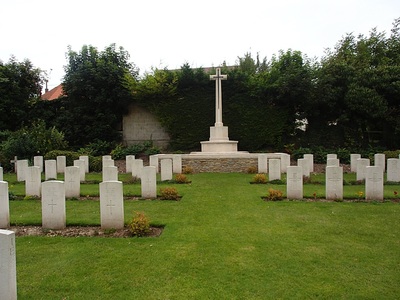 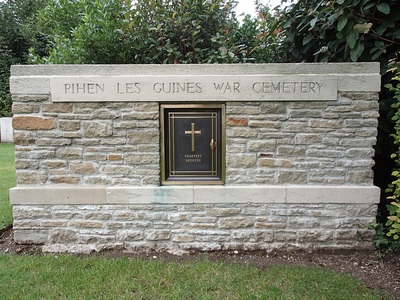 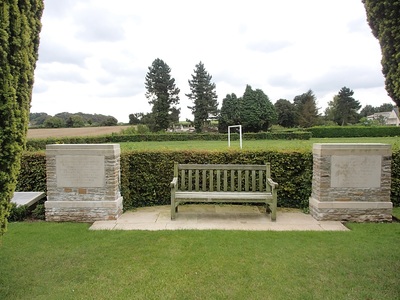 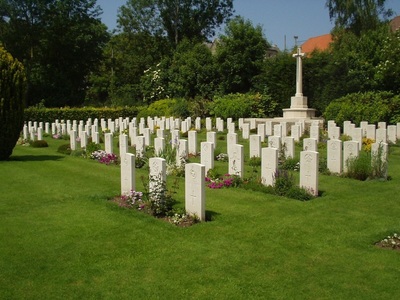 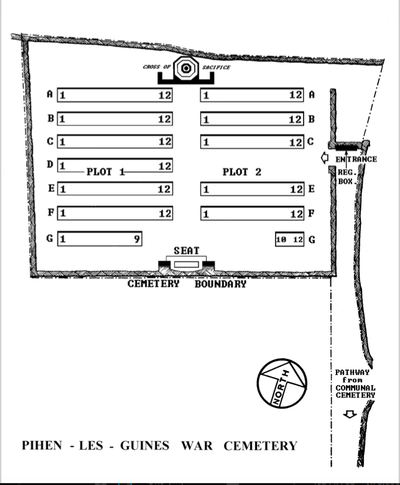