Montcony is a village 84 kilometres north-east of Macon and 10 kilometres north east of the town of Louhans. The Churchyard is in the centre of the village and the graves of the six British and two Canadian airmen are to the right of the entrance in two plots. 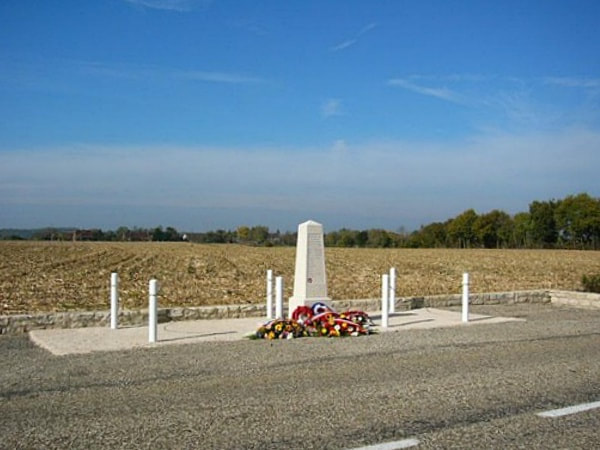 Memorial to the airmen at Montcony