Haudricourt is a village and commune 56 kilometres north-east of Rouen and 5 kilometres south-west of Aumale. This is a small town on the N.29 (Amiens-Le Havre) road south-east. of Dieppe. The cemetery is about 200 metres from the church, on the west side of the D.9 (Haudricourt-Aumale) road. In the west corner of the communal cemetery are the graves of 5 airmen, of whom 4 belonged to the Royal Air Force and 1 to the Royal Canadian Air Force. 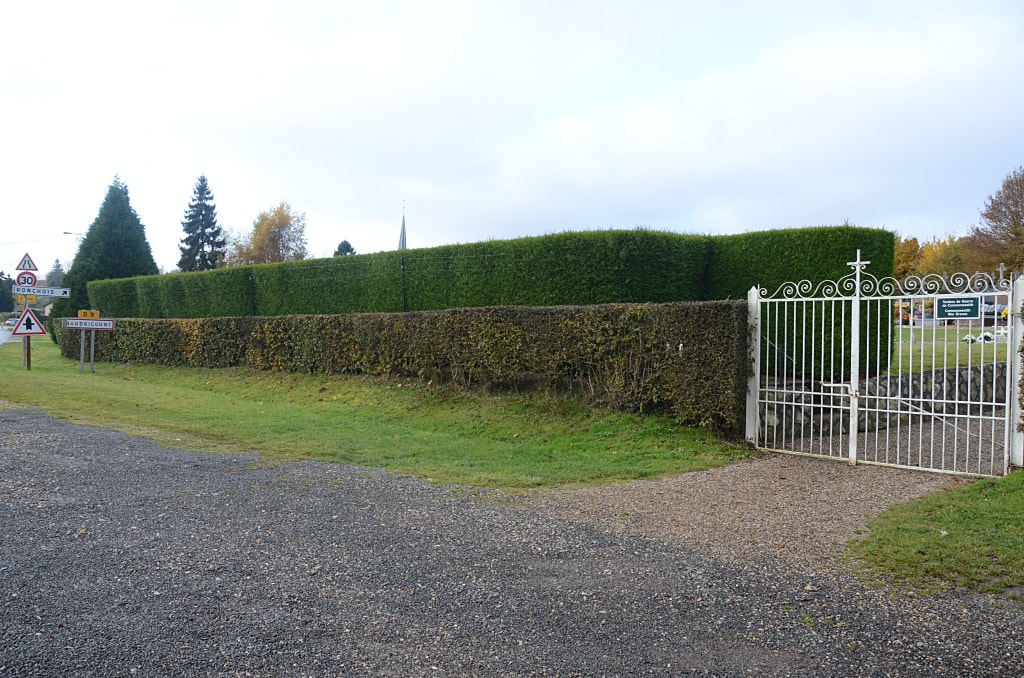 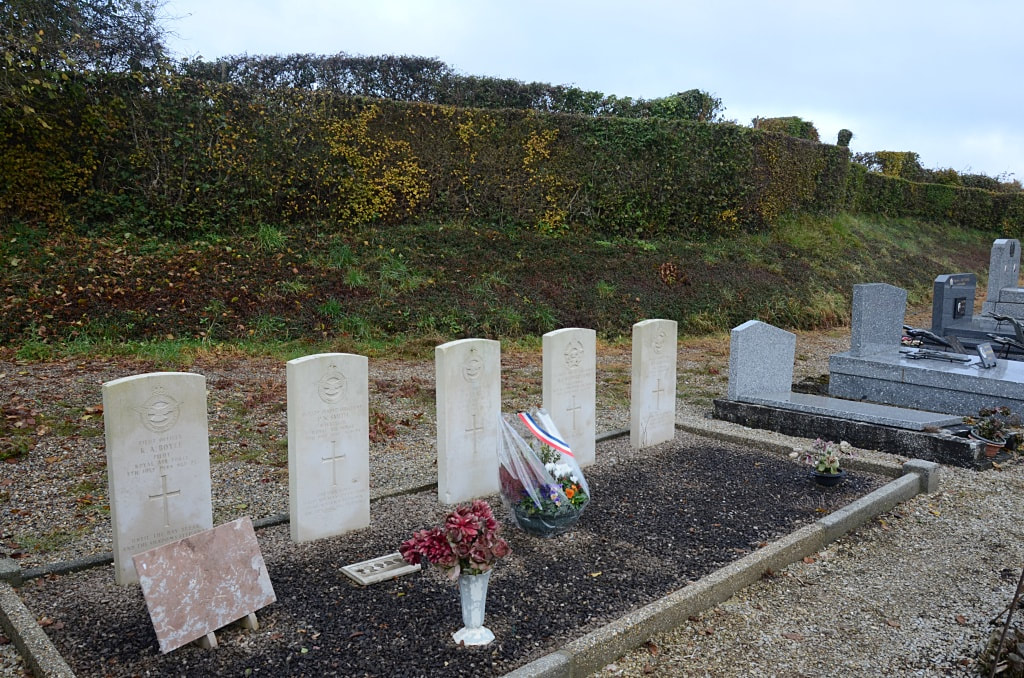 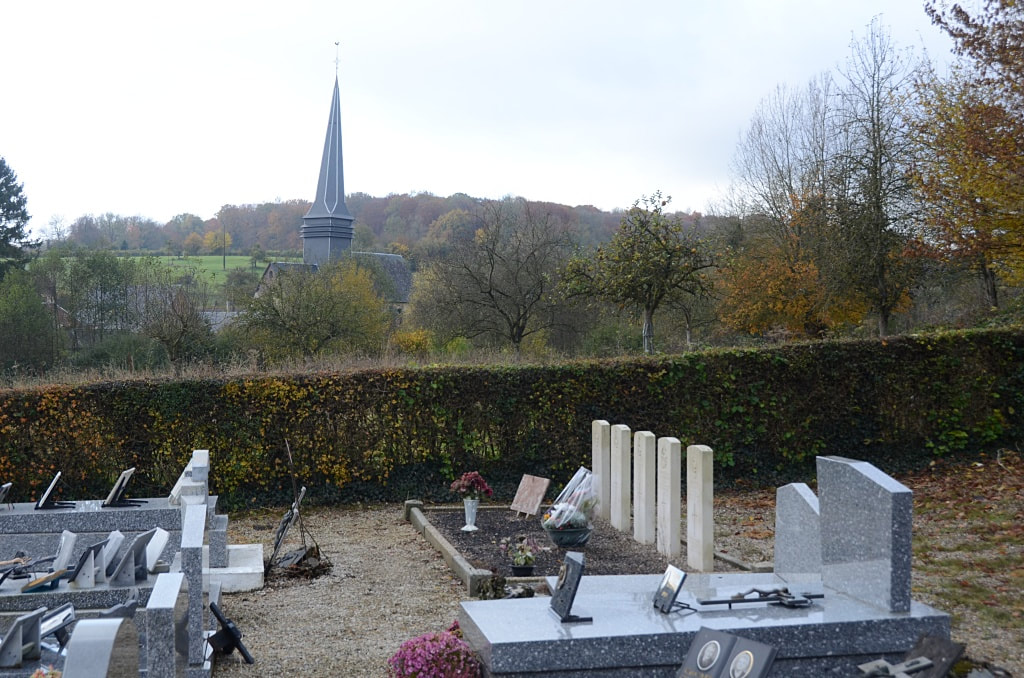 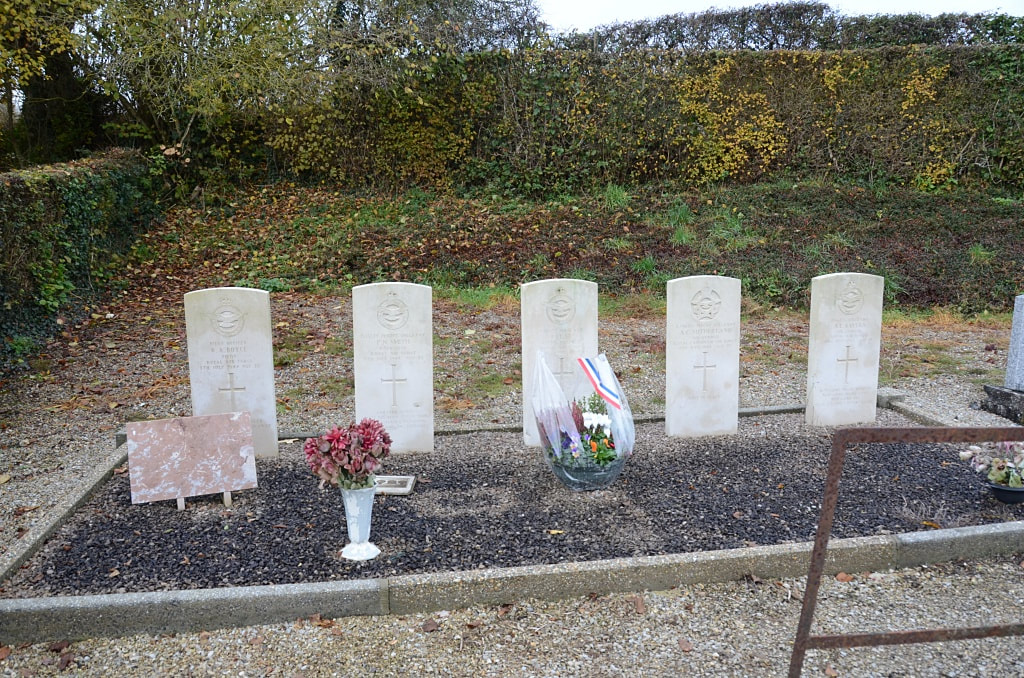 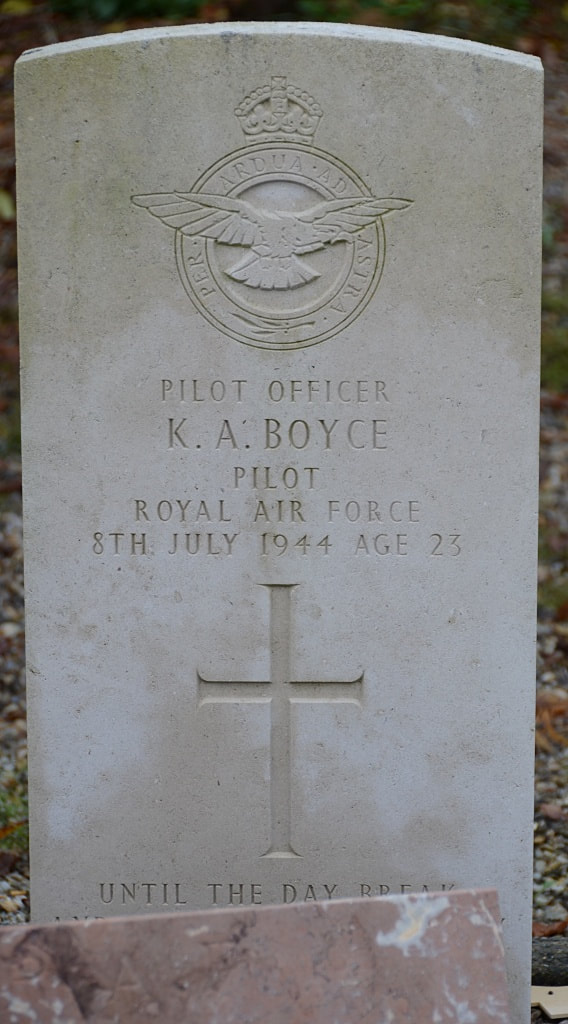 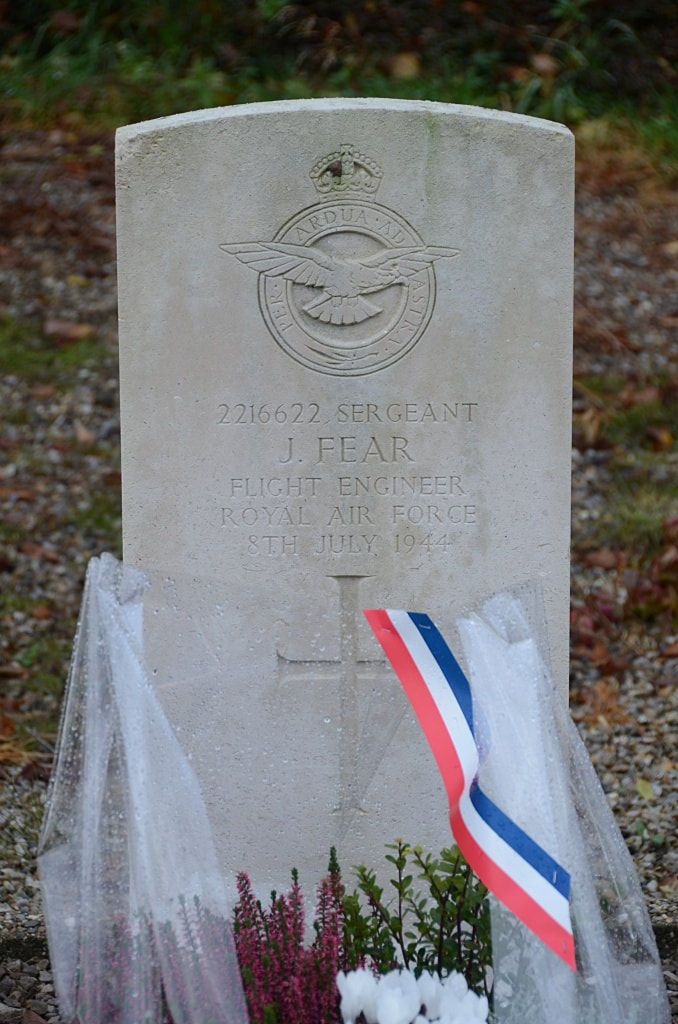 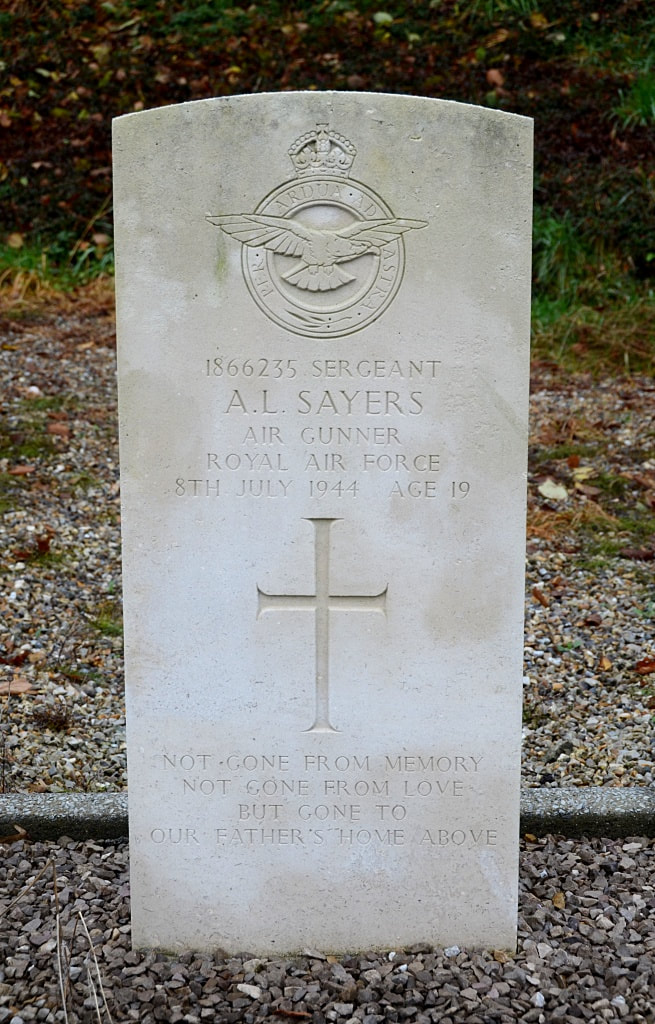 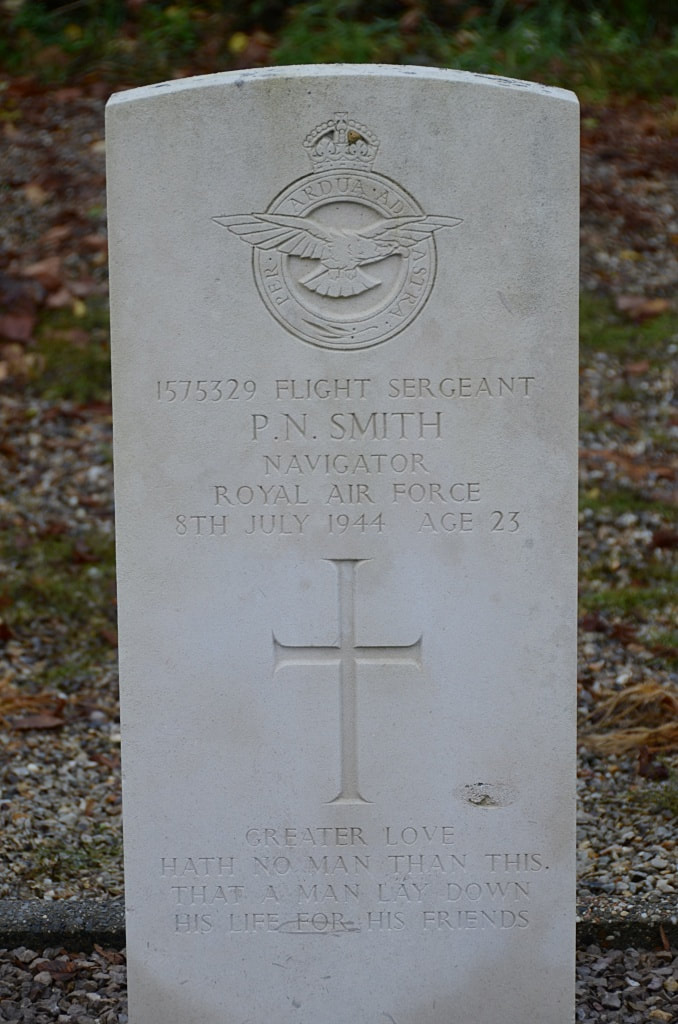 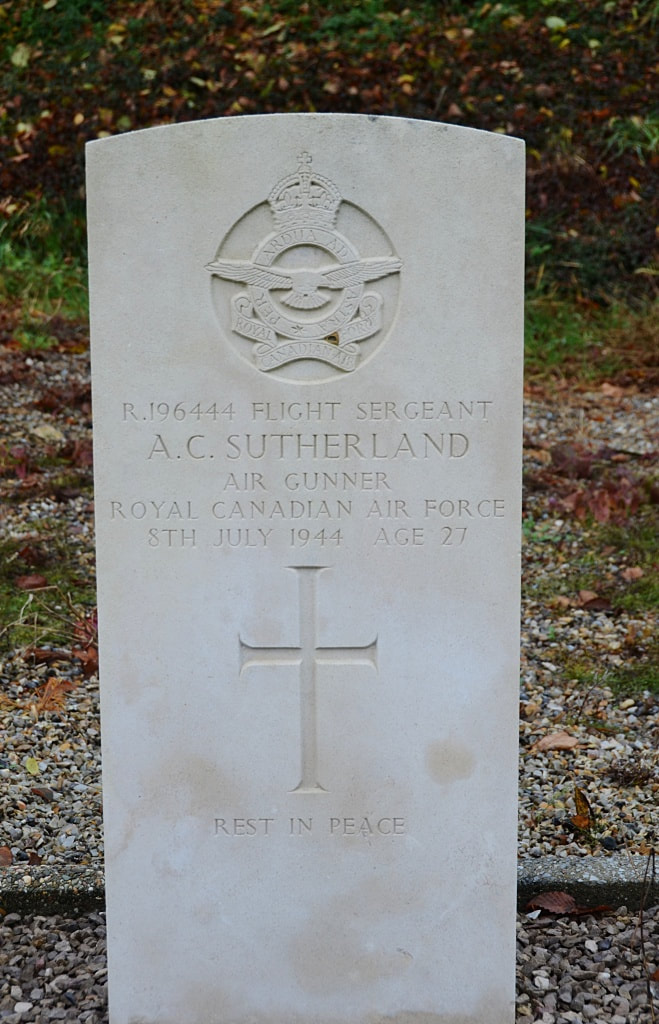 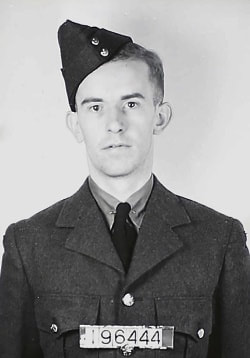 Son of George and Christine Sutherland; husband of Virginia B. Sutherland, of Juliet, Illinois, U.S.A.

His headstone bears the inscription "Rest In Peace"

1866235 Sergeant Albert Laurie Sayers, Air Gunner in 207 Squadron, Royal Air Force Volunteer Reserve, died 8th July 1944, aged 19. Son of May A. Sayers, of Belvedere, Kent. His headstone bears the inscription "Not Gone From Memory Not Gone From Love But Gone To Our Father's Home Above"