The village and commune of Équilly is 16 kilometres east of Granville, a town on the west coast of the Cherbourg peninsula, and on the road (N.24b) from Granville to Villedieu-les-Poeles.

The churchyard is on the eastern side of the village just over 1 kilometre north of the N.24b road. There is 1 Commonwealth burial of the 1939-1945 war here, near the southern boundary, 18 metres west of the entrance gate. 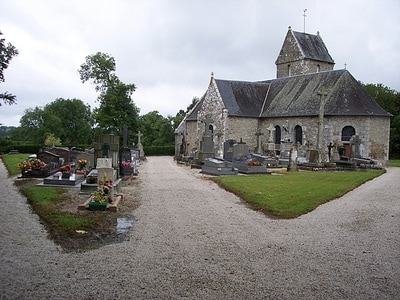