Béhen is a village and commune 8 kilometres south-west of Abbeville and 2 kilometres north-west of the main road (N.28) from that town to Rouen. Boëncourt is a hamlet in the commune about 1.25. kilometres east of Béhen village. In the south-western corner of Boëncourt Churchyard are the graves of three British soldiers one of whom is not identified. 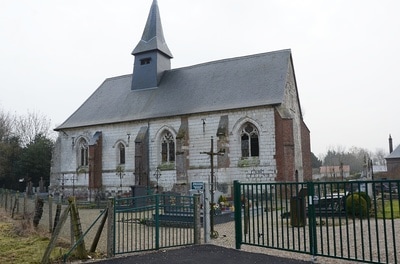 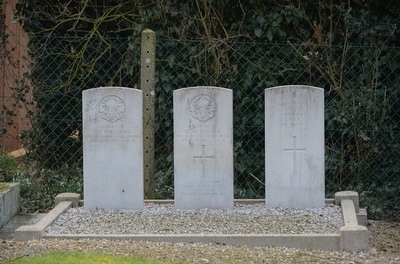 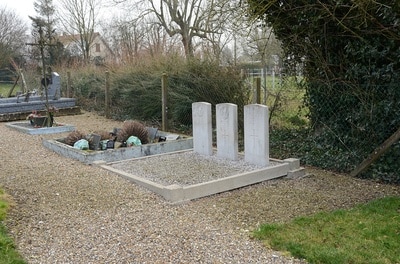 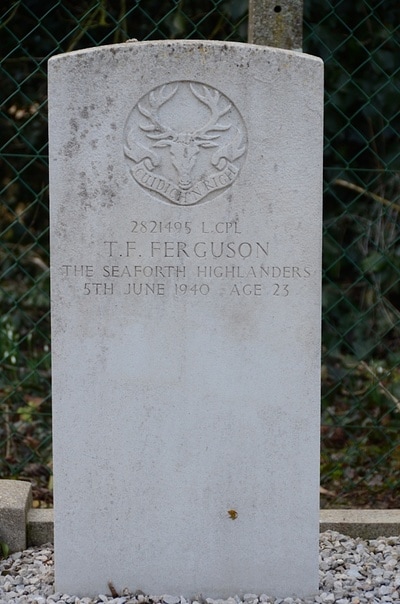 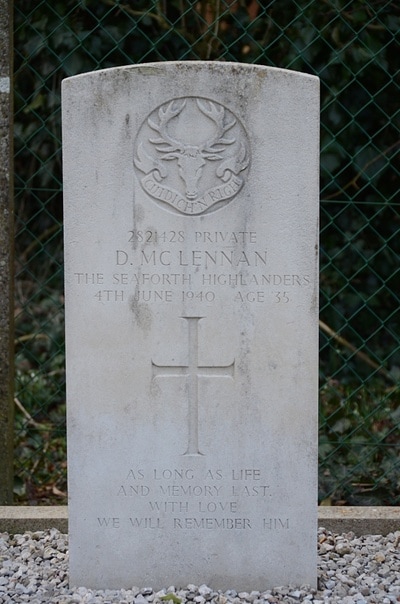